Calls For Matt Hancock To Resign 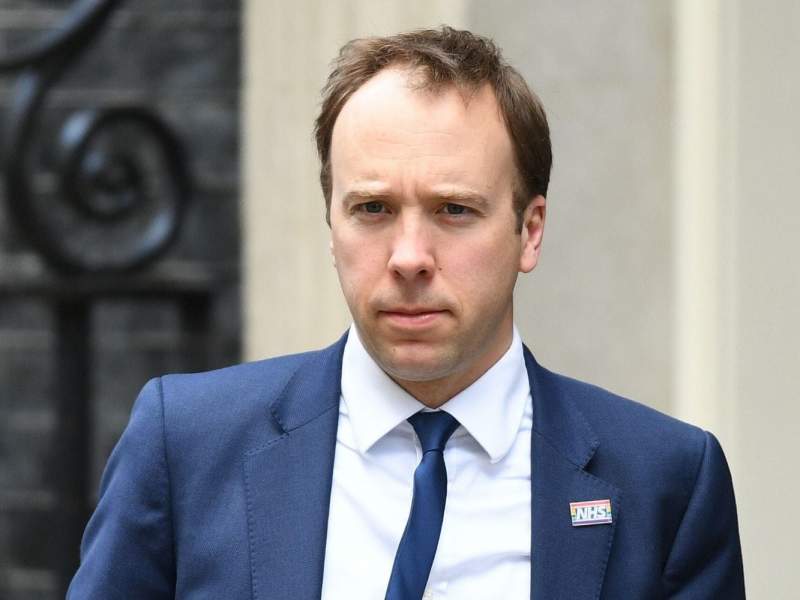 Calls for Matt Hancock to resign are growing after pictures of him kissing an aide in a corridor near his office hit news stands this morning. The Labour Party say he must, at least, face an investigation.

Beleaguered Heath Secretary Matt Hancock, who was last year called “f***ing useless” by Prime Minister Boris Johnson, is facing calls to resign after pictures of him kissing his aide Gina Coladangelo, who he hired at taxpayers’ expense to assist him coordinate Britain’s response to Covid-19, were printed on the front page of The Sun.

Ed Davey, the leader of the Lib Dems, tweeted, “The reason Matt Hancock should resign is that he is a terrible Health Secretary, not because of his private life. From the PPE scandal, the crisis in our care service and the unbelievably poor test and trace system, he has utterly failed.”

The Labour Party said in a statement that the government needs to establish if there was a conflict of interest.

“Ministers, like everyone, are entitled to a private life. However, when taxpayers’ money is involved or jobs are being offered to close friends who are in a personal relationship with a minister, then that needs to be looked into,” the party said.

“The government needs to be open and transparent about whether there are any conflicts of interests or rules that have been broken,” it added.

Transport Minister Grant Shapps also dodged questions about Hancock’s indiscretion and whether or not he had broken Covid social distancing rules.

“I think it’s a bit of a red herring in this case. I think it’s really a personal story, so I don’t intend to comment on somebody’s personal life,” Shapps told Sky News.

According to The Sun, the images, which appear to be stills from CCTV footage, were taken on May 6 from the Department of Health and Social Care building.

Hancock, who is married, is seen kissing Coladangelo, who is also married.

Both Hancock and Coladangelo have reportedly been friends since university.

The Department of Health and Social Care have rebutted any suggestion that she was inappropriately hired.

“This appointment was made in the usual way and followed correct procedure,” a spokesman said on June 25.