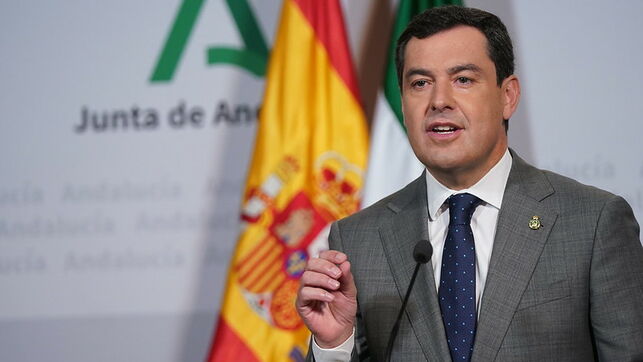 The President of Andalucia, Juanma Moreno, will address the first plenary session of parliament in Sevilla on July 7. He is expected to reiterate calls for a nation-wide shake up in regional funding and urge other autonomous regions to join forces to demand changes from Prime Minister Pedro Sanchez.

Moreno will also call for “maximum collaboration and coordination” between the different regions as he joins forces with his counterpart in Valencia to pressure the government into making changes to Spain’s regional financing model which has been in place since 2009.

The current system, Moreno says, is short-changing Andalucia millions every day and has led to a cumulative debt of more than 10 billion euros.

He is also likely to stress that there can be no national recovery for Spain if Andalucia does not receive “adequate financial resources”.

Moreno, whose influence within his own centre-right party – the Partido Popular (PP) – is growing, is seeking alliances beyond the PP to compel the government to overhaul the current regional financing system.

This includes reaching out to his socialist counterpart in Valencia, Ximo Puig, to form an unlikely political partnership to secure regional financing reform. Both autonomous communities claim they are missing out on billions in funding from Madrid.

Earlier this week, Puig accepted an invitation to travel to the San Telmo Palace in Sevilla, the seat of Andalucia’s regional government, in September, in a move that has surprised observers as Spain’s political environment becomes ever more heated.

Puig and Moreno met on the side-lines of an economic forum in Barcelona last week just hours before Moreno travelled to Madrid for a one-on-one meeting with Prime Minister Pedro Sanchez.

After a tense meeting in La Moncloa on June 18, Moreno told reporters, “Andalucia does not want to be ‘above’ anyone, but we will never tolerate being ‘below’ anyone. This is absolutely urgent. We cannot take much longer. We have looking for money under stones and trying to balance the accounts permanently.”

Any change in the financing system has to be voted on as an organic law in Congress, and the ruling PSOE are reluctant to hold a vote on it if they do not first have guaranteed support from the PP.