Dozens of Women Demonstrate in Favour of Gender Rights in Malaga 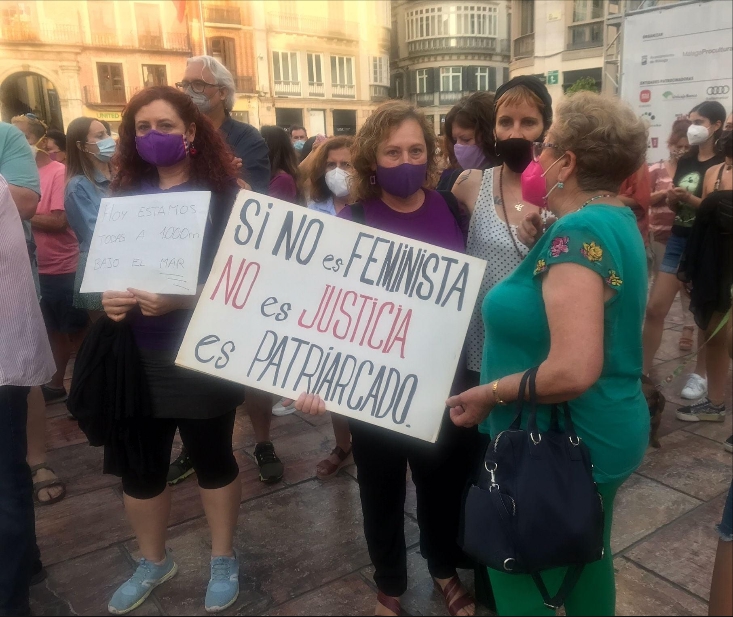 DOZENS of women took to the streets in the capital today, June 26. In Malaga, women gathered in the Plaza de la Constitucion from 11:00 am to protest against the laws of gender self-determination in Spain.
As reported by Malaga Hoy, the journalist Laura Teruel, who has participated in this demonstration, has explained an insignificant altercation that took place around noon. “It was a minimal thing, suddenly three people appeared trying to violate the situation a bit, but the National Police intervened quickly. It only lasted a few minutes”, explains Teruel.
Despite this minor altercation, the demonstration, called by the Feminist Movement, has passed with total normality. “We ignored them and we continued our business; the Police dissuaded them ”, emphasizes the journalist. Teruel has been one of the women who has been present ‘For the feminist agenda’. “We want this concern to be revitalized by the Ministry of Equality,” she says.
“The setback in the protection of our rights as women is unfortunately already an undeniable reality. The offensive of the alliance between patriarchy and neoliberal capitalism against women in general, and the feminist movement in particular, has reached a criminal situation both in our country and in the rest of the world, subverting our demands and penetrating our legal system” declares a statement released by the organizers.
The movement feels that all political parties have failed them. “We find with indignation that we find ourselves between two fronts. Not only do we continue to fight against renewed attacks from the extreme right, which denies our structural oppression and pressures to destroy equality policies; now we are also witnessing the abandonment of progressive ideas that previously defended women’s rights. But as women and as feminists, we resist the offensive that embraces the postmodern society that denies us and erases us as female human beings through new disguises of patriarchy ”, the statement continues.