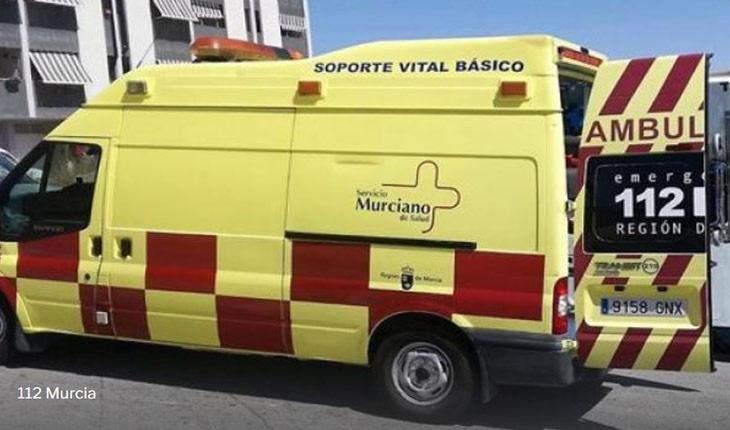 Three health workers manning an ambulance from the Alhama de Murcia Urgencies have reported a local neighbour to the police for assault and threats, after he pushed and insulted them when during a medical incident they had removed the veil from his wife’s face.

According to a statement on Wednesday 14 from the nursing school of the region, the problem occurred after the medics needed to place a mask on the pregnant woman’s face when they were going to transfer her by ambulance, because her waters had broken, and she was going to give birth.

It was at this point they reported her 39-year-old husband had tried to attack the Murcia ambulance crew consisting of a doctor, a nurse, and an emergency technician, because he considered the removal of the veil from his wife to be a racist act, in addition to not agreeing with the fact that two men were travelling inside the ambulance accompanying her on the trip to the hospital.

His pregnant wife, who was then in labour, allegedly did not object to the removal of the veil that covered her head and neck, because, in addition to the facemask due to the pandemic, she had to put other medical devices for delivery care.

Eventually, the situation reportedly became so tense with the husband that the health workers notified the Local Police, because they could not delay her transfer to the hospital any longer, where the baby was finally born.

The collegiate body pointed out that last year there were 307 attacks on its professionals, 52 of them from Specialized Care, and 59 from Primary Care, and the latest report prepared by the General Council of Nursing indicated an increase in 2020 of about 13 per cent of attacks compared to in 2019, as reported by 20minutos.es.