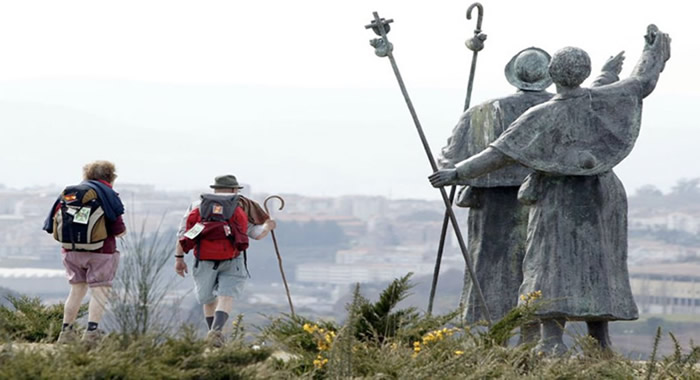 Guardia Civil officers from the main barracks of Milladoiro, in the A Coruña municipality of Ames, have arrested a couple from A Coruña as the alleged perpetrators of four crimes of robbery with force, and a crime of theft, from pilgrims in shelters and guesthouses on the famous pilgrim’s route, the Camino de Santiago.

According to the Guardia Civil, this arrest took place as part of ‘Operation Protegrino’, which they say was activated based on the Santo Year 2021 Security Plan that began as a result of a series of robberies perpetrated in various shelters and guesthouses on the French and Portuguese Way in the towns de Arzua, Ames and Padron, during the months of June and July.

As the force pointed out in a statement, the robberies normally always took place at night, with the two suspects clearly “taking advantage of the fact that the pilgrims were resting at the end of the corresponding trek, forcing the access doors to the establishments, and, once inside, stealing the effects of the pilgrims”, along with food supplies from the community refrigerators, as well as forcing the vending machines to steal the contents.

Officers were able to intercept these two people when they were traveling in a vehicle full of suitcases, “which indicated their intention to move their residence to another area”, at which point they were duly arrested, and charged with four crimes of robbery, another of injuring nine persons, and one crime of theft, with two people affected.

It was realised after arresting them that the woman had already been arrested in 2018, in ‘Operation As Pousadas’ in which 62 crimes had been committed in shelters in the provinces of A Coruña and Pontevedra.

The detainees, along with a report of their corresponding actions, were made available to Santiago de Compostela’s Investigating Court No2, where the judicial authority decreed their entry into prison.

The Camino de Santiago, (St James road), is a network of pilgrims’ ways or pilgrimages leading to the shrine of the apostle Saint James the Great in the cathedral of Santiago de Compostela in Galicia in northwestern Spain, where it is believed the remains of the saint are buried, as reported by laopiniondemalaga.es.