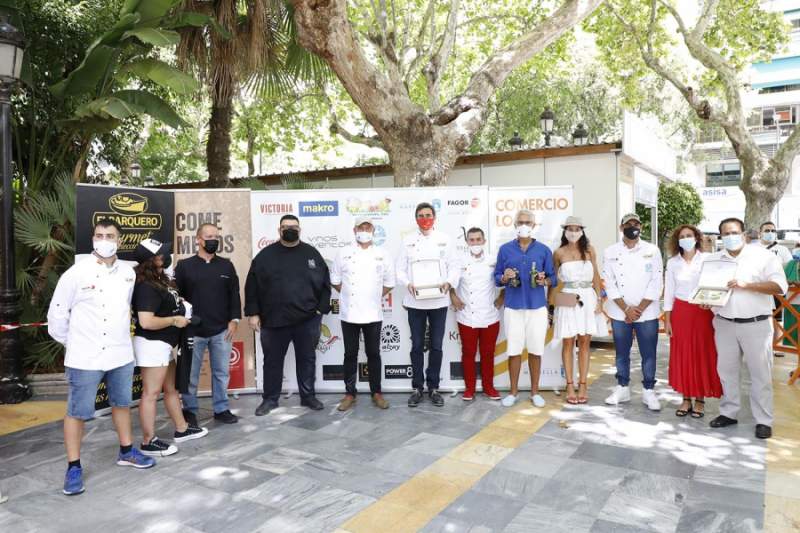 The council said the gastronomic festival will highlight the cuisine of Marbella.
The Councillor for Commerce said: “It is very satisfactory that Marbella has been chosen to host an event that was born with a vocation for continuity and that claims the culinary richness and excellence of the restoration of Andalusia and our city as an icon.”
The festival, which takes place on the Paseo de la Alameda, features workshops, lectures, and ‘show cookings’ on the main stage led by great chefs and musical performances.
Among the activities on offer are a contest for the best Andalucian tapas.
The news comes after Marbella Council announced it is set to receive government funding to boost its tourism sector.
The council said the funding would be used to reactivate Marbella’s commerce and tourism.
Officials from Marbella Council met with representatives of the Junta de Andalucia as well as local businessmen, today, July 6, to work together on a funding plan to boost Marbella’s tourism.
The First Deputy Mayor of Marbella said: “We finally have support and recognition from the regional government of the commercial power that we have within our tourism.”
He added: “It also represents a commitment by the Junta de Andalucia for this phase of reactivation, after how bad this sector has been due to the pandemic.
“We have given him Marbella’s Dynamising Plan for commerce, with the proposal that the Ministry study it to see what financing possibilities may exist, according to regional or European funds that could be offered to our municipality.”
The Junta de Andalucia said: “We are also going to draw up another order of aid, at the end of July or the beginning of August, aimed at councils to promote neighbourhood trade, pedestrianisation of streets.”
The move comes as tourists begin to make their way back to the Costa del Sol.