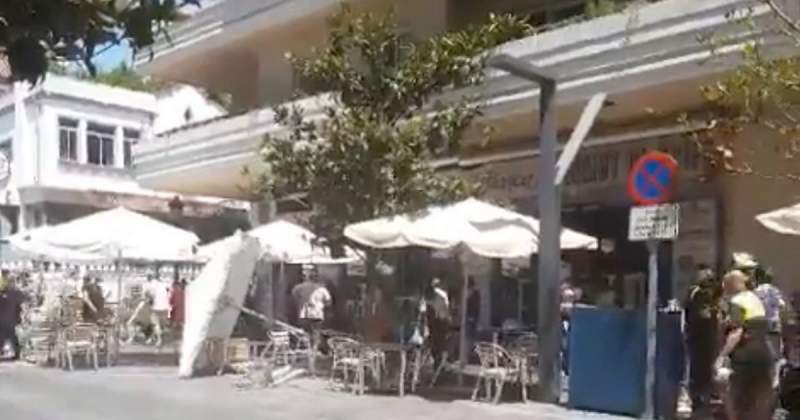 Shocking video relives the moment a car ploughs into Marbella residents after mounting the pavement.

As reported earlier by the EWN, a car ploughed into several people who were sitting at bar terraces on the Avenida Miguel Cano in Marbella this afternoon, Monday, July 19.

Ambulances, who quickly attended the shocking scene, took at least five people to the hospital, one of them with serious injuries.

Police and paramedics rushed to the premises, which is in an area of the centre of town near the beachfront which is full of cafes and eateries and is hugely popular with tourists.

The driver is believed to be a 30-year-old Spanish citizen who was travelling in the vehicle with his parents. Police quickly transferred him to a police station upon his arrest, blood tests carried out at the station revealed the driver had NOT consumed any alcohol or illegal drugs.

Distressing images and a video published in the last few minutes show casualties being tended to by well-wishers as police cordon off the scene. The carnage portrays scenes of distress, with tables and chairs strewn all over the pavement, some flung onto the roadside and the injured, still in shock, not quite believing what has just happened.

It is still not yet clear exactly how many people have been hurt. The bar in Avenida Miguel Cano is near the spot where holidaymakers start tours of the Marbella in horse-drawn carriages.