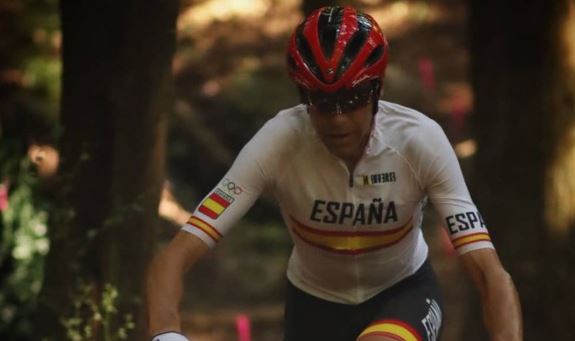 Spain’s David Valero from Granada has won the bronze medal in the mountain bike race for the men. He took bronze on Monday, July 26, which means Spain now has its second medal of the games. The first medal was won by taekwondist Adriana Cerezo.

The 33-year-old from Granada stunned everyone watching as he finished in third place only a minuscule 34 seconds after the winner. Valero fought hard throughout the entire race as at the end of first lap he was placed in 22nd position.

His, was sensational throughout the new Izu Mountain Bike Course. The course has an altitude difference of 150 metres and is over 4000 kilometres long, as reported Sport.es.

Many British expats in Spain have been wondering who to support during the Olympics. Do they go for Team GB or throw their alliance over to Spain. Many have decided to support both teams. This was a particularly pertinent question for this race as Brit Thomas Pidcock battled it out with Spain’s Valero for the medals.

One expat told EWN: “Spain is my home now and has been for many years. This means that I’m supporting Spain in the Olympics but I will also celebrate Team GB victories too.”

Valero put on a stunning performance and took out his competitors one by one. In the first lap he was 22nd and at the end of the second lap he had made it up to 17th place. He kept on gaining and by the final two laps he was already in third place. He pushed on and held his position to take bronze for Spain.

The gold medal went to Brit Thomas Pidcock who had a fantastic time of 1:25:14. Meanwhile Silver went to Swiss Mathias Flueckiger who was only 20 seconds behind.