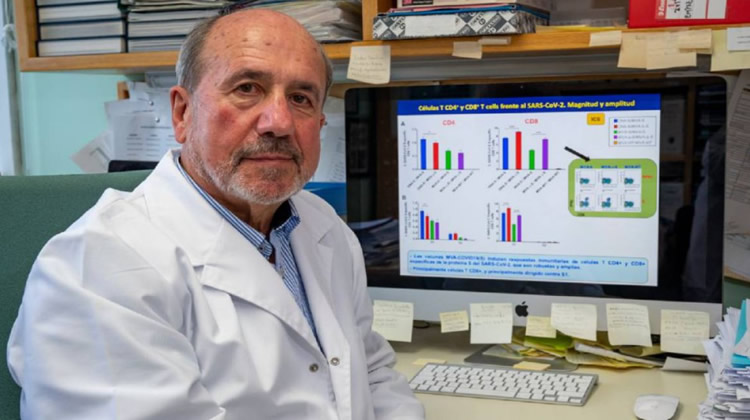 The National Center for Biotechnology (CSIC) in Spain has been developing a vaccine against the coronavirus for months, with the trials led by the virologist Mariano Esteban still in phase 1, but soon it was planned to have around a hundred volunteers to start the test in humans, however, the Spanish Medicines Agency has not yet given the approval to begin this phase of the trial in people.

These human trials were allegedly meant to begin next week, but they have been suspended because the CSIC has not received the report from the Spanish Medicines Agency that endorses the approval or suspension of these trials, although there have been conflicting reports in the Spanish press as to the real reason why the tests were suspended.

Cadena Ser spoke with the CSIC who reportedly told them that the human tests were being put on hold, and categorically denied the report in today’s (July 31) edition of, El Español, which claimed the tests were suspended after a monkey had received lung injuries after the drug was tested on it, a report which El Español insists exists, and that Mariano Esteban’s team had not been given the approval to continue with human tests next week.

In early July, the CSIC had published their results of tests conducted on mice, with a 100 per cent success rate, and the next phase was to check if the drug is safe, and to determine the most appropriate interval between doses, which, once concluded, would mean going to phase 4, where the long-term effect of the drug would be evaluated.

The vaccine that Mariano Esteban’s team is developing is different from the Pfizer and Moderna ones, in that they are trying to generate viral vectors based on a modification of the virus used in the eradication of smallpox, with the advantage that by not using the complete SARS-CoV-2 virus, they can work in conditions with a lower level of biological safety.

Their aim is to develop a vaccine that has the characteristics of sterilizing immunity and administration by intranasal spray, which means that vaccinated people not only do not get sick, but they also do not become infected or transmit the virus, and the option of administering it via spray gives greater protection to the respiratory tract, the main gateway to the coronavirus.

The provisional forecast is that the Spanish vaccine can be ready by the end of the year, and perhaps administered in the first quarter of 2022.  as reported by cadenaser.com.