Joint operation carried out against illegal charters in the Balearics 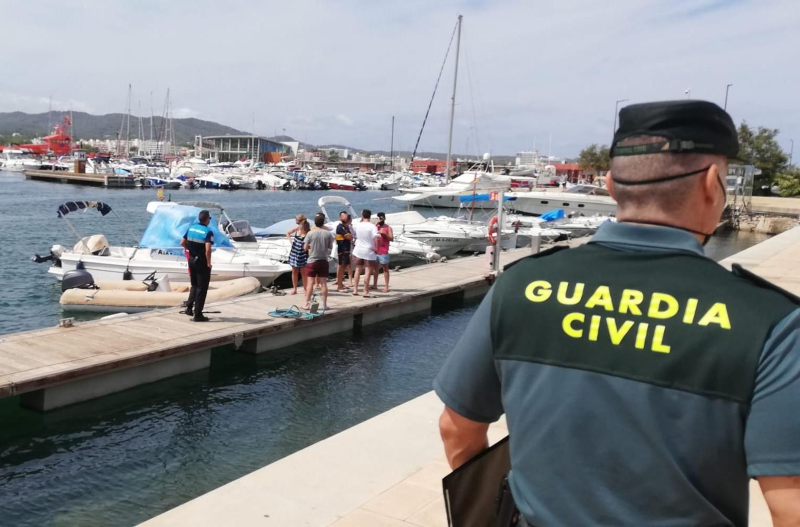 JOINT operation carried out against illegal charters in the Balearics for the first time involving Guardia Civil and Government officials.
It took place in the port and bay of Sant Antoni de Portmany in Ibiza in the first week of August and is likely to be repeated in Mallorca where the problem is likely to be just as bad.
The aim of this coordinated exercise was to control and inspect irregular activities related to the commercial activity of passenger transport either anchoring in illegal areas or the collection of people at unauthorized points.
Documentation and permit checks have also been carried out, as well as checking the qualifications of those running and skippering the vessels.
During the course of this campaign, the monitoring and control of boats of different types was carried out and 11 proposals for sanctions were initiated.
This action took place with the participation of two inspectors of the Maritime Captaincy of Ibiza and Formentera; a patrol of the Special Group for Underwater Activities (GEAS) of the Guardia Civil, a PAFIF patrol (Fiscal and Border Patrol), and a ground patrol.
In addition, a technician from the General Directorate of Maritime and Air Transport of the Balearic Government, the head of the Coastal Delegation for Ibiza and a team of IB Ports staff made up of 5 dock guards and the head of the port of Sant Antoni were also involved.
This joint initiative responds to the detection, by the different competent administrations, of a significant increase in the illegal nautical charter operations that take place in the bay of Sant Antoni de Portmany.
These types of companies make improper use of the coast and illegally use the docks of the so-called swallows, to load and unload customers, supplies and cleaning staff.
In view of the good results of this joint initiative, the concurrent administrations are likely to extend this type of campaign to different ports in the Balearic Islands, with the aim of intensifying controls on irregular activities related to nautical charters and thus avoid the unfair competition, misuse of the coast, anchoring on Posidonia and uncontrolled dumping throughout the community.
Thank you for reading ‘Joint operation carried out against illegal charters in the Balearics’ and remember that all articles produced by Euro Weekly News may be accessed free of charge.