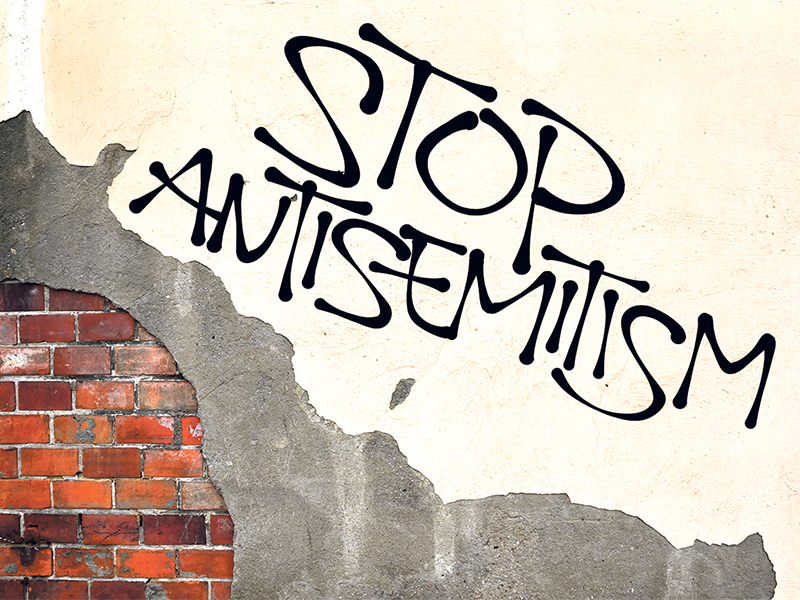 ANTI-SEMITISM: Many acts have been recorded.

IT was with great sadness, and not a little anger that I heard reports of the ever increasing acts of anti-Semitism in the UK.

This greatly persecuted, cultured race of people came to UK shores both during and in the aftermath of the Second World War after the British government and its people offered them both refuge and protection from the tyranny and horrors of Nazi Germany. These beleaguered Jewish immigrants quickly integrated with the indigenous population and proceeded to bring all their expertise, hard work and industrious acumen to bear.

They opened businesses, entered into many professions, including medicine and banking. Many became successful and were ultimately responsible for creating employment for thousands of the resident population.

Despite retaining all the trappings of their own faith and developing individual localities for their people, they never in any way attempted to interfere or change the culture of their predominately Christian hosts and indeed the areas they did proudly inhabit became pleasantly middle class, peaceful and trouble free.

In other words they were an asset and a shining example of what true diversity and integration is all about. All this of course took place long before many of the immigrants from the Middle East opted to bring their dislike of the Jewish race with them, when they too were offered the sanctuary and benefits of the United Kingdom.

There have now been over 1,300 acts of anti-Semitism recorded in the first six months of 2021. These have ranged from a convoy of cars filled with Islamists waving Palestinian flags, driving around predominately Jewish areas screaming anti sematic slogans, to a Rabbi seriously injured after being struck over the head with a brick.

This is betraying all the promises and assurances of a safe and peaceful refuge the British people and government offered to these genuine refugees in those dark days of yore.

Many Jewish people are now frightened to go out after dark. Some are wondering if Britain is a safe place any more and others are actually leaving the country. This is a terrible state of affairs. To expect intelligence insulting Home Secretary Patel, who says all the right words and does absolutely zilch, to London’s Mayor Khan, who, in a recently emerged photo, was shown protesting against the imprisonment of a Jihadist in 2004, to actually make any great effort to resolve this utterly unacceptable state of affairs is, I’m afraid, akin to believing in the tooth fairy.

The lefties of the Labour government and a number of Universities have also been guilty of a whole gambit of anti-sematic attitudes and actions.  Do you know the most disturbing fact to emerge from all of this? While Jihadists consider the Jewish people their arch enemies, the religion the extremists dislike with an equal passion is Christianity. Untold numbers of fighting fit young men who support these extreme views and beliefs are arriving on British shores every week.

Doesn’t anyone recognise the dangers emerging from this unimpeded state of affairs – a situation that Patel appears unable to control? Not rocket science is it!