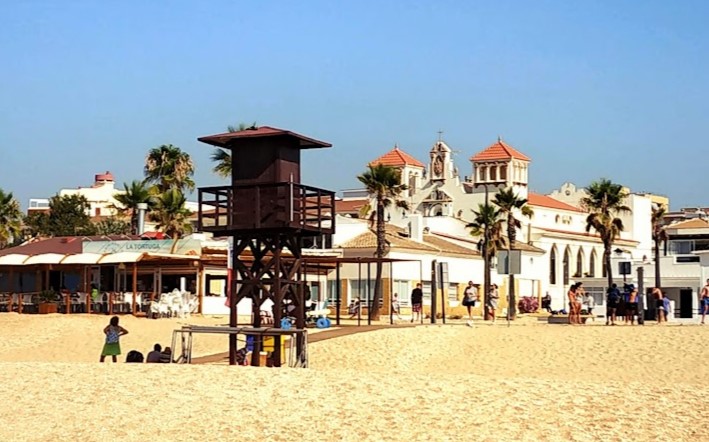 Sevilla man rescued from the sea in Huelva dies from a heart attack. image: google

A 75-year-old man from the Sevillan municipality of Coria de Rio has died in hospital after suffering a heart attack on La Antilla beach in Huelva province this morning, Saturday, August 14, after originally being rescued from the water by Civil Protection volunteers, who had performed resuscitation work on him, and managed to transfer him alive to the hospital.

As Civil Protection sources informed Efe, the volunteers looking after the beach security on the beach of La Antilla were rushed to the front line of the shore after a man who had just entered the sea appeared to suffer a problem, and looked to be in need of assistance, at which point they helped him from the water, with the man clearly suffering from cardiorespiratory issues.

The Civil Protection personnel reportedly began with resuscitation measures, a task in which they were joined by officers of the Local Police, and the Guardia Civil, until a team from the Huelva beach health centre arrived at the scene.

Finally, after 45 minutes, the man was revived and stabilised enough to be transferred to the Juan Ramon Jimenez hospital in Huelva, where he was admitted to the Intensive Care Unit, sadly passing away at about 1pm this Saturday afternoon.

The news has caused a deep commotion in the Huelva town, since, although the family of the Sevilla man is native to Coria del Rio, the son of the deceased played for CD San Roque de Lepe for several seasons, as reported by diariodesevilla.es.