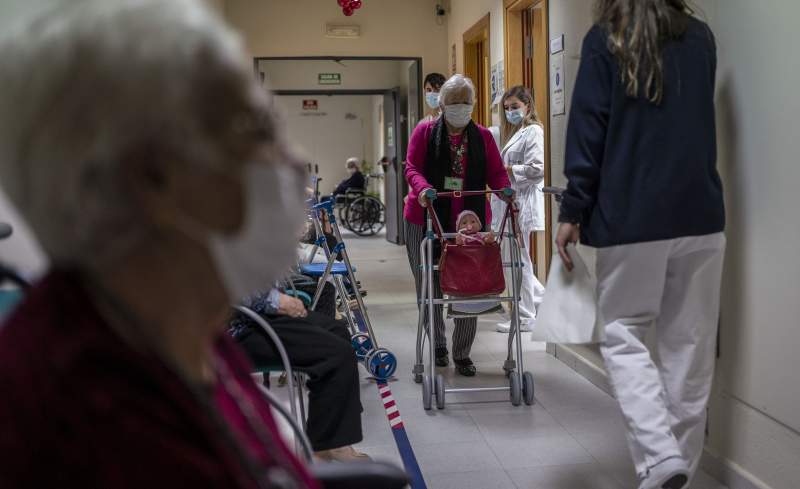 Nursing home care workers in Andalucia who refuse to take PCR tests are to be forced to take them.
The number of workers in nursing homes who refuse the Covid-19 tests are isolated cases, but still enough for the Junta de Andalucía to take action.
The Consejería de Salud y Familias has decided to go to court to force the diagnostic test for active infection (PDIA) on all nursing home staff who have not been vaccinated and also for those who refuse to undergo the established screening protocols.
The General Directorate of Social and Health Care has sent a circular this week to the Primary Care districts and Health Areas informing that “in the last few days there have been refusals to undergo PDIA screening by some workers in residential centres who have not been vaccinated and refuse to undergo the established screening by some workers in residential centres for elderly and highly dependent people”.
For now, three cases of unvaccinated workers have been located in the province of Huelva, but it is feared that more may emerge.
Managing directors of health centres are also being urged to contact the residences to send “as soon as possible” detailed information on the identity of the caregivers who have refused to undergo the tests and the centre to which they belong.
“From the Vice-Ministry of Health and Families, it has been decided to request judicial authorisation for all those cases of refusal to perform the established screening PDIA,” revealed an internal memo seen by ABC. This information, once obtained, will be sent to the aforementioned general directorate through the nurse case manager in each Andalucian province.
This measure comes after the Andalucian Government has tightened surveillance in senior centres, mental health and disability centres due to the increase in outbreaks in recent weeks.
Currently, 621 positives have been registered among residents, thankfully, most of them are mildly ill thanks to the protective shield offered by the vaccine.
To safeguard vulnerable people living in residences, many of them dependent, chronically ill and multi-pathological, all vaccinated workers must be tested every two weeks and those who have not yet received their vaccinations will be tested twice a week- this has now been agreed by the Committee of Experts.
“We have come across some of them who not only do not get vaccinated but refuse to be tested. We have had to ask for judicial authorisation to force them,” said the General Director of Social and Health Care of the Junta, José Repiso, in an interview given to ABC, which will be published this weekend.
In Andalucia, there are a total of 1,009 workers who have refused to be immunised, which amounts to 2.7% of the staff of the 1,107 homes in the region.
Compulsory vaccinations
Vaccination against Covid still remains voluntary in Spain, however, Andalucia, together with four other autonomous communities, has requested in writing to the Ministry of Health that inoculation should be compulsory for healthcare professionals and nursing home employees, the same as exists in France.
The employers’ associations of the geriatric sector themselves have also demanded that immunisation should be a requirement for working in these centres. A decision is expected soon so please remember to check for an update on this article.