Posh Waitrose finishes bottom in a Which? investigation 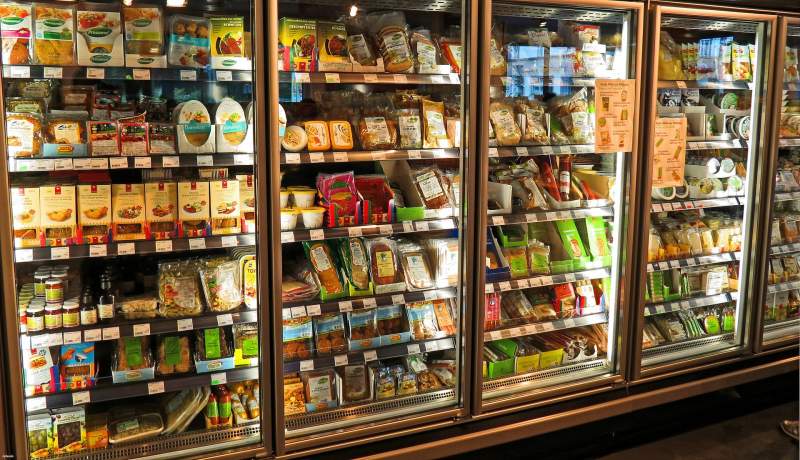 Waitrose has finished bottom in a Which? investigation of online supermarket grocery freshness, with delivered food and drink going off around two and a half days earlier on average than top performer Tesco.

With grocery freshness emerging as an important consideration for soaring numbers of online grocery shoppers, the consumer champion looked at how the six major online supermarkets compared when it came to delivering fresh food and drink.

Which? used a team of 12 undercover shoppers to order more than 1,000 groceries, with each ordering the same 16 perishable grocery items from each of the online supermarkets. It totalled up the number of full hours remaining from the time of delivery to midnight on the use-by date for each item and calculated an average time per supermarket.

Tesco came top for freshness, with items lasting 11 days on average. The supermarket not only showed the expected shelf life of perishable items on its website, but – unlike some of its rivals – had no examples of damaged packaging or food that had gone off by the time it was delivered.

Meanwhile, Waitrose finished at the bottom of the table with items lasting an average of 8.6 days. The high-end supermarket also delivered two packets of beef that appeared to have gone off, despite being within their use-by dates.

Waitrose said, “We thoroughly train our Partners to pick products for online deliveries that are in prime condition and that have the longest dates on the shelf. We are looking into what happened in this instance.”

The consumer champion also found stark differences in the use-by dates of individual products. The longest-lasting mince from Asda had 13.4 days left, while the mince with the shortest time left came from Morrisons and had just 2.1 days left. Meanwhile, the semi-skimmed milk with the longest date was from Asda and lasted 18.3 days, compared to just 4.7 days left for one bottle of semi-skimmed milk from Waitrose. A packet of bacon rashers from Asda lasted just 13 hours, while one from Ocado lasted a whopping 28.6 days.

All the supermarkets say they train staff to pick food with the longest possible dates for online deliveries and click and collect, but a number of supermarket workers behind the scenes told Which? that speed targets put them under pressure when trying to pick the freshest groceries.

Groceries that have gone past their use-by dates could be dangerous and should not be eaten. Worryingly, undercover shoppers took delivery of two items – both pots of single cream from Sainsbury’s and Ocado – where the use-by date had already passed.

Which? also found examples of food within its use-by date that appeared to have gone off. These included minced beef from Asda, Ocado and Waitrose where the packaging had expanded with air, which is usually a sign that bacteria are growing, as well as a separate pack of dark brown mince from Waitrose and soggy bagged salad from Ocado.

Groceries that have passed their use-by date are not the only problem shoppers complain of when online shopping. Damaged and squashed packaging is another issue.

Which? found that 10 grocery items it ordered were so damaged the food may not have been safe to eat. These ranged from Morrisons bacon rashers and Ocado pasta salad where the plastic film was torn, to leaking cream and milk from Ocado, Sainsbury’s and Waitrose.

The consumer champion is advising anyone who is unhappy with the freshness of their online groceries to complain to the supermarket, or to consider switching to a supermarket with better policies on grocery freshness if possible should problems persist.

Harry Rose, Which? magazine editor, said, “Our analysis shows that when it comes to delivering fresh food and drink there can be a significant difference between online supermarkets. Shockingly, our mystery shoppers found some items that were already out of date when delivered, as well as groceries that appeared to have gone off before their use-by dates had even passed.

“Use-by dates are about safety and shoppers should not risk eating out-of-date food. Anyone who is unhappy with the freshness of their online groceries should complain to their supermarket, or switch to a supermarket with better policies on food freshness if possible,” he added on August 23.

Tesco said, “We’re pleased to see that Tesco’s basket came out as the freshest. We want our customers to receive the freshest produce possible, and we train our colleagues to use the ‘would I buy it’ check when they pick items for online orders.”