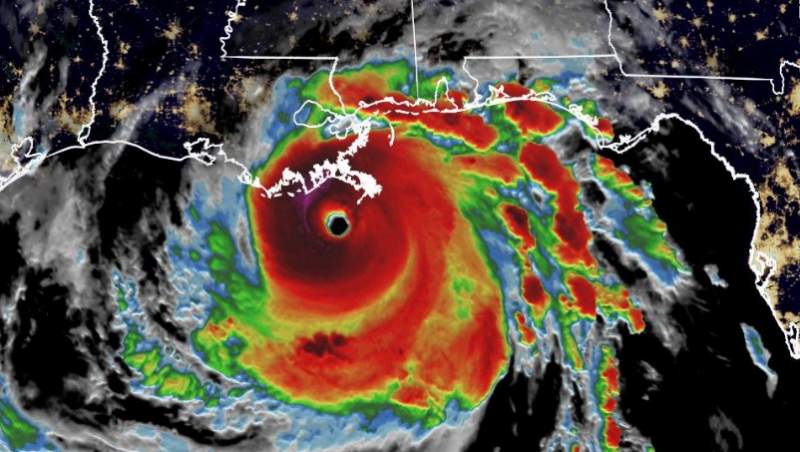 HURRICANE IDA has made landfall in the US state of Louisiana, bringing 150mph winds with it

After becoming a category 4 storm, Hurricane Ida has finally hit the US coastline, arriving in Port Fourchon, Louisiana this morning, Sunday, August 29, bringing 150mph winds with it, eerily on the exact same date that Katrina hit 16 years ago on the coasts of Louisiana and Mississippi.

Thousands of residents have been seen evacuating their homes and heading away from the coastal areas that will undoubtedly be the worst affected, from a region already hit badly by the Delta variant of coronavirus due to the reported low acceptance of the vaccines among residents of the area.

Louisiana Governor, John Bel Edwards, assured that the people of the region were ‘resilient and tough’, and would cope with the hurricane, although a major worry has to be the huge numbers of evacuees who will now be packed together in shelters, a perfect environment for the spread of the virus, although the Governor was careful to point out that the shelters would be operating on reduced capacities, for that reason, “So, we know how to do this. I hope and pray we don’t have to do it anywhere near that extent”, said Mr Edwards.

He said officials are already working on supplying hotel rooms to evacuees, to lower the need for people to be crowded in the shelters, pointing out that last year, during the hurricane season, 20,000 hotel rooms were found for people who needed them, and President Joe Biden had already approved emergency measures for the two states of Louisiana and Mississippi in anticipation of the arrival of Ida, as reported by metro.co.uk.

Streets in parts of New Orleans, Louisiana are flooded as the outer bands of Hurricane Ida lash the state ahead of the storm's expected landfall.

Security footage from a house in Grand Isle, LA, where Hurricane #Ida made landfall a little over an hour ago. Remember this is just the front side of the storm. The back side is almost always worse. Praying for everyone in the path of this beast. pic.twitter.com/8Qy6aV01zS