R and B Musician Jaunte Jacobs Opens Up About Emotional Track: Not Okay 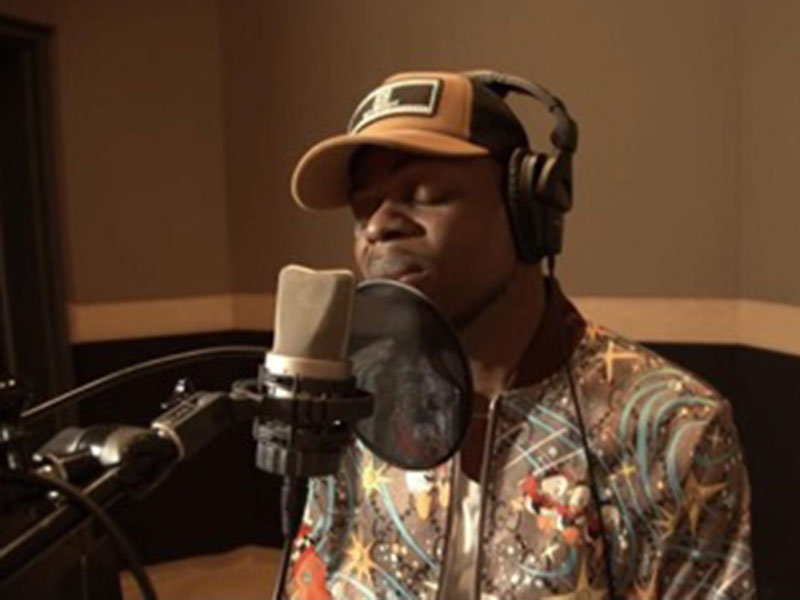 While women are much more likely to be officially diagnosed with a recognised mental health disorder, there are a couple of powerful indicators that suggest that a rather ‘widespread’ and chaotic situation of self-guilt, distress, violence, and suicide continues to persist when it comes to mentally ill men.

According to recent surveys, one adult in six (roughly 17%) has a ‘common’ mental health disorder. This includes depression, anxiety, obsessive compulsive disorder and phobias.

Where there is a significant degree of social debate, however, is whether the reported numbers of mental illnesses when it comes to men are under-exaggerated- particularly considering the general stigma that exists in relation to not conforming with traditional gender stereotypes and social norms.

Around five years ago (2016), a survey published by the Opinion Leader for the Men’s Health Forum presented quite a few worrying statistics that should arguably concern us all- particularly since the updated ones tend to show similar or even worse trends.

For example, even though the vast majority of men reported that they were happy to request time off of work to seek help in relation to physical discomfort- such as chest pains, lumps, or blood in urine, less than 20% reiterated that same belief when it came to distress that arose out of mental health problems.

Men also had- and continue to have, a significantly lower rate of life satisfaction in comparison to women (according to Government surveys)- with individuals between the ages of 45 and 59 experiencing the lowest levels of satisfaction. Roughly 90% of all rough sleepers are also men, and 73% of the adults who go missing are men.

Jaunté Jacobs has recently announced the release of his newest song- titled ‘’Not Okay’’. In a mental health context, the prominent R&B icon explores some of the most important issues briefly touched on above, and delineates the importance of not subjecting men to toxic societal stereotypes and gender norms.

Jaunté Jacobs wrote (and recorded) ‘’Not Okay’’ within five minutes. Produced by Mantra who has been credited for the production of Future & Rihanna’s Selfish, Ne-Yo’s 1 More Shot, Pop Smoke & Dua Lipa’s Demeanor, and more.This is both surprising and extremely impressive, as the song itself is approximately 3:00 minutes itself.

In a recent interview, Jaunté explained that the aforementioned time frame was made possible only because that specific song was a reflection of his most personal inner thoughts.

‘’There was a natural flow to the song….It was the first time in a while that I was okay with being vulnerable’’- Jaunté Jacobs.

The song explores how important it is for individuals to acknowledge when they are ‘’Not Okay’, and how such feelings are a natural part of life, and are consequently not a reason to feel inner guilt, shame, or defer to self-harming coping mechanisms.

Prior to the song, Jaunté Jacobs has produced and or written over 125 different songs; albeit being very fruitful from a business standpoint, the prolific singer never really felt ‘’connected’’ with his music until ‘’Not Okay’’, which has seen him adopt a completely different form of music that aims to educate and enlighten his audience- rather than merely going for hit songs.

In fact, this is reflected in all of his songs that he has been creating for his soon to be released album- including the very well received: Last Time, Wrapped in Gold, Sacrifice Me, Pray You to Hell, and Nightingale.

Originally, Jaunté was born in the Washington DC area, before migrating with his parents to Landover MD for a very short period of time.

As soon as he turned 18, he decided to pursue his own path by individually relocating to Atlanta- a move that undoubtedly required a lot of initiative

‘’I couch hopped for a while, I dealt with homelessness, but it was all worth it’’ says Jaunté Jacobs.

He has since worked in a variety of large studios in Atlanta; this has allowed him to closely work with a plethora of other industry icons, such as: J. Cole, Usher, and 21 Savage.

Whilst the aforementioned problems relating to Men’s Mental Health appear to be quite straightforward, the same cannot be said for their solution. Jaunté Jacobs’ inspiring approach has undoubtedly shed light to the problem in a variety of different societal contexts.

“I want my songs to innovate people, inspire conversations, and leave a legacy behind, not just be something that I do for money which will be gone in a couple of years,” Jacobs remarked.