The Social Commitment of Agrie Ahmad aka Bartmann 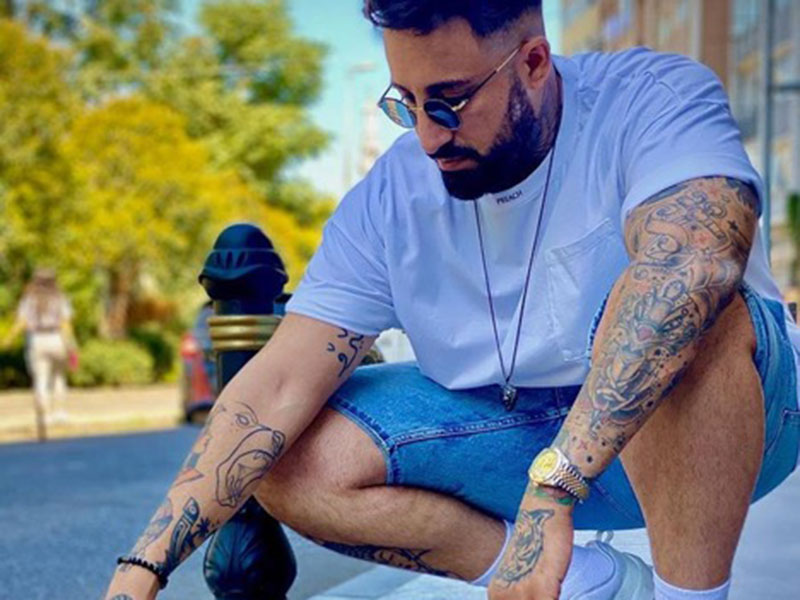 There is so much more to Agrie Ahmad than his impressive beard. When it comes to helping those in need Agrie Ahmad aka Bartmann will go to any length. His biggest passion is to help those who cannot help themselves. With an extensive social media reach he not only shares advice on growing and maintaining the perfect beard, but also creates awareness of vulnerable members in communities. His rise to fame dates back to the year 2014 when he saw a gap in the German-speaking market for beard care tips. Since then he has transformed the lives of many men, not only through his beard advice, but creating awareness of the impact a clean appearance can have.

Get to know Bartmann

When you look at the career history of Bartmann, it takes quite a turn. He started studying towards a degree in Business Management, but ended up graduating with a Bachelor of Science degree. Whilst studying and growing his lush beard, he decided that he wanted to open up his own barber shop in his home town of Manheim.

With a background in marketing, at the time being a Business Management student in Mannheim Germany, he started his YouTube channel Bartmann. His marketing knowledge and true passion for beards caused his channel to grow quickly and enabled him to create a loyal following. Sticking to a strict content creation schedule, he created four videos a week with his iPhone 5 and the help of his family and friends. When he reached a total of 100 videos he decided that it was time to share his other passion: helping those in need. The idea to start a YouTube channel came to him in a spontaneous manner, but deciding to be more socially conscious was a well thought out decision.

His YouTube videos soon led to collaborations with brands, creating awareness for his channel and generating more views. His content, which initially covered tips and tutorials, started to cover barber and product reviews.  The next step was the production of his very own beard oil.

With his videos helping his viewers, he decided to reach out to the community, by transforming the lives of homeless people on the streets. Everything changed when Bartmann introduced his viewers to Kasim, a man who has been living on Istanbul’s streets for nearly two decades, capturing an iconic moment of human transformation and kindness. Kasim was offered a treatment that changed his outlook on life, and many peoples outlook on him. He was lavished with a royal treatment, including a “hamam.” Treatments differ depending on the hotel, but a hamam typically includes a soak in a pool or sometime in the steam room, followed by exfoliation and a massage. After this treatment Bartmann gave him a transformation, consisting of a beard treatment and an overall makeover.

His video of Kasim can be viewed here:

Watching his transformation videos has inspired the lives of many viewers. By using his platform to help others he has created a whole social movement and created awareness of the fact that not everyone is dealt the same hand. No one deserves to be overlooked or looked down on.

Another example of people he has helped, can be seen in his eight part video series on YouTube. The videos cover the transformation of a homeless man named Peter that had suffered many turbulence throughout his life. In the video this Peter gets his first haircut in over 20 years. Listening to his life story and seeing the impact this transformation has on this man, cuts deep.

Today, Agrie and his Bartmann channel are among the most vocal proponents of men’s grooming. The most recent videos on his channel and posts on his other social media platforms are filled with stories about people getting makeovers. Videos of seniors and homeless people getting full makeovers at Agrie’s Mannheim barbershop can be found online. More recently he has moved family to Dubai, whilst enjoying the success of his barbershop in Germany. Bartmann says that he will continue to perform acts of kindness and create awareness. He is an excellent example of how one can turn passion into purpose.

The power of a well groomed beard should never be overlooked.