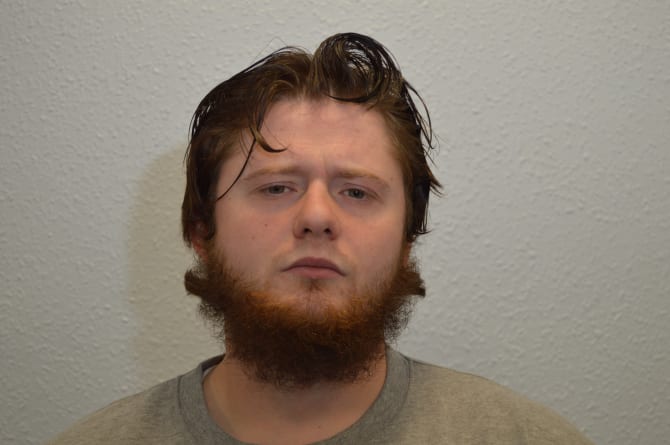 A German man who sent Daesh execution videos to a friend has been jailed for more than three-and-a-half years, following a proactive investigation by the Met’s Counter Terrorism Command.

He was due to board an outbound flight to Cologne, Germany. His mobile phone was seized and examined, and imagery which was indicative of an extremist mindset was found.

He was subsequently arrested on suspicion of terrorism offences. Appearing at Woolwich Crown Court on Tuesday, 7 September, he was jailed for three years and eight months.

Commander Richard Smith, who leads the Met’s Counter Terrorism Command (SO15), said, “The messages and content found on Flegel’s phone were clear evidence of a hate-filled islamist ideology that he endorsed. The videos he shared and the conversations about them showed that Flegel revelled in extreme terrorist violence.

“Content of this nature is extremely harmful to those who view it, and they compromise the safety of Londoners. We would urge anyone who comes across videos that depict or encourage terrorism to report it to police straight away.”

The court heard that on six occasions between July and September 2020, Flegel – a German national – sent Daesh propaganda videos showing extreme terrorist violence to a friend over a phone messaging app. Each of the charges Flegel admitted to represents one video sent.

However, the two exchanged messages over a longer period, and some of the messages were about committing violent acts, and expressed support for the aims of Daesh.

In one conversation they spoke about how they might carry out a terror attack, and an execution video was then sent. However, no evidence was found that Flegel had made or was making any specific plans to carry out an attack.

In police interview, Flegel said the material on his phone had been downloaded from open source media sites and he didn’t realise it was illegal.

In addition to the prison sentence, an additional 12-month licence extension was imposed, and Flegel will also have a 10-year notification requirement under section 41 of the Counter Terrorism Act 2008.

He had pleaded guilty to six counts of dissemination of a terrorist publication (contrary to section 2 of the Terrorism Act 2006) at Woolwich Crown Court on March 15, 2021.