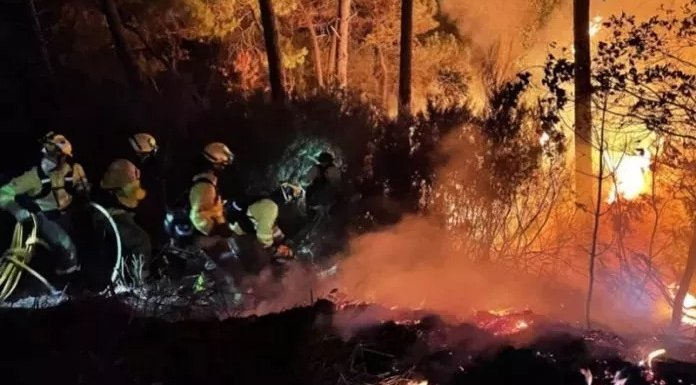 Calls for Sierra Bermeja to be made a National Park to help prevent fires in the future.
Sierra Bermeja has recently been hit by devastating fires. The National Park Platform have called on political authorities to declare Sierra Bermeja a National Park. This distinction has already been given to the neighboring mountain Sierra de Las Nieves. The platform believes that by making Sierra Bermeja a National Park it would help reduce risk of fires in the future.
They believe that making the Sierra a National Park “will mean more vigilance, more control, more resources for prevention and faster decision-making”.
The group also believes that if the Sierra was made a national park it would help prevent depopulation of the Genal Valley, in Malaga.
The organisation said: “In the midst of the current desolation, it would mean a light of hope for Sierra Bermeja and the assurance that there will be no lack of means to manage its future.”
According to the platform many different institutions and collectives have called for the area to be made a national park since 2007, but sadly this has been denied “with totally unjustified reasons.”
“Subsequently, the Junta de Andalucia drew up a National Park proposal for a sister mountain to Sierra Bermeja, the Sierra de Las Nieves, incorporating, although without naming it, 36 percent of Sierra Bermeja in its delimitation, but leaving out its western part, the most valuable from an environmental point of view and the one that has been burnt.” commented the platform.
In other Sierra Bermeja news, Santander opens ten-million-euro line of credit for those hit by the devastating Sierra Bermeja fire. The bank aims to help farmers hit by the fire get up and running again as soon as possible.
Santander have opened a line of credit worth 10 million euros which will offer “very favourable” conditions to people affected by the Sierra Bermeja fire that hit multiple municipalities in Malaga.
The fire has been considered under control since Tuesday, September 14.