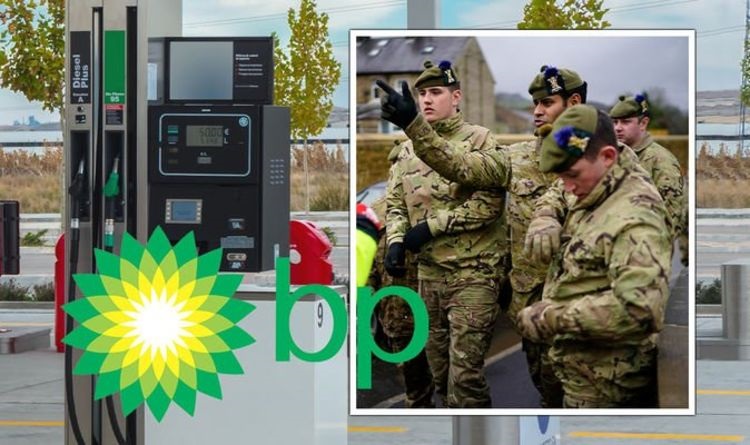 The army could be drafted in to deliver fuel as petrol stations in the UK are forced to close.

The Armed Forces could be brought in to help deliver fuel as petrol stations in the UK have been forced to close due to the lack of HGV drivers. BP said it had been forced to close a number of forecourts across the country because of the problem- they simply cannot deliver the fuel.

According to The Times, the Army could be drafted in to help alleviate the pressure after which a contingency plan, called Operation Escalin, would go into action if the situation significantly deteriorated.

Hoyer, one of the UK’s largest fuel logistics companies, revealed it was “struggling to meet deliveries”. It cannot find enough tanker drivers to make fuel deliveries, saying it is typically 20 short of the 400 to 450 a day needed.

The company said up to 100 of its forecourts were short of at least one grade of fuel. It has started rationing petrol deliveries. Several have been forced to close entirely due to problems with supplies.

Petrol stations on motorways and major roads are being prioritised for fuel deliveries. The crisis comes on top of families facing soaring energy bills and empty shelves at supermarkets. However, Downing Street told people to “not panic” and to continue to buy fuel “as normal”.

A No10 spokesman said: “We obviously recognise the challenges faced by the industry and we’re taking steps to support them. We acknowledge there are issues facing many industries across the UK, and not just in terms of HGV drivers.”

Some Tesco stations were also closed off amid calls to rip up immigration laws so foreign drivers can return to British roads.