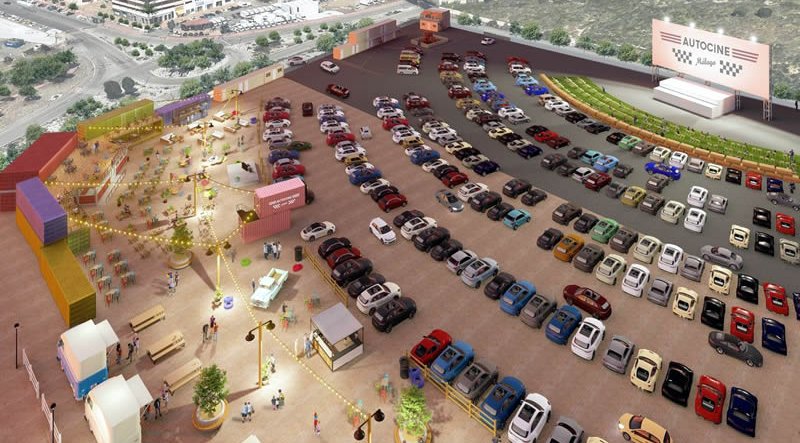 MALAGA’S new drive-in cinema will screen the film Grease, when it opens its doors on October 8

As confirmed today, Monday, September 27, by Tamara Istambul and Cristina Holder, from Autocine Madrid RACE, the promotors of the new Autocine Malaga Metrovacesa, the doors will finally open on October 8. The first film to be screened will be the classic, Grease.

Located on the Guadalhorce industrial estate in Malaga capital, this new facility will be a permanent fixture, open throughout the year, making it the first drive-in cinema of its kind in Andalucia.
Built on a 16,000m² plot, to resemble the 1950s style American drive-ins, Autocine Malaga Metrovacesa has a capacity of 3,200 people, and features the largest cinema screen in Europe at 250m², with parking space for 250 vehicles, along with 250 hammocks (during spring, summer, and autumn), along with a children’s play area.
On October 7, a special opening event will be held, attended by authorities and personalities from the culture sector in Malaga.
As well as screening classic films, Malaga’s new drive-in facility will feature live concerts, with a rockabilly show lined up during the opening week, as well as the intention of holding Elvis Las Vegas-style weddings.
Daytime events for children will be staged from 12 midday, and food will be available from a 3,000m² gastronomic area, complete with food trucks and an American diner, where attendees can enjoy different menus.
According to the organisers, there will also be events held on Saturdays, Sundays, and holidays, called Rita’s Brunch, where you can make use of the largest terrace in Malaga, accompanied by music from the most relevant DJs, along with gastronomic demonstrations.
Tickets for Grease, or the Rita’s Brunch daytime event can be purchased online at www.autocines.com.