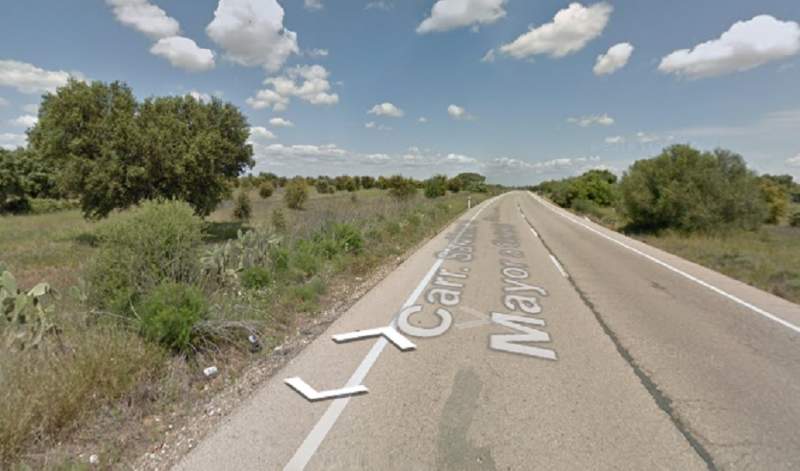 The A-477 where the accident took place. image: Google maps.

A motorcyclist has been involved in a fatal road traffic accident with a car on the A-477 road in Sevilla.

A motorcyclist was involved in a serious collision with a car last night on the A-477 road in Sanlúcar la Mayor, Sevilla. The Emergency 112 services were called out around 9:20 p.m. on Saturday. October 2, and quickly arrived at kilometre 32 on the A-477 at the Aznalcóllar junction.

According to the emergency services call centre, a witness had reported a collision between a car and a motorcyclist and requested urgent assistance for the two people injured. The caller also mentioned that motorcyclist had crashed his machine at the bottom of a slope, just off the road- such was the impact of the collision.

The coordinating centre then reported the accident to the local health service and the Guardia Civil traffic division. A road maintenance team, together with the fire department of the County Council later rescued the rider of the motorcycle who was stuck in a thorny fence.

Health and fire sources later confirmed the death of the driver of the car and the transfer of another injured person, the motorcyclist, to the San Juan de Dios hospital in Bormujos– no more information is available as to the physical state of the cyclist involved in the crash.