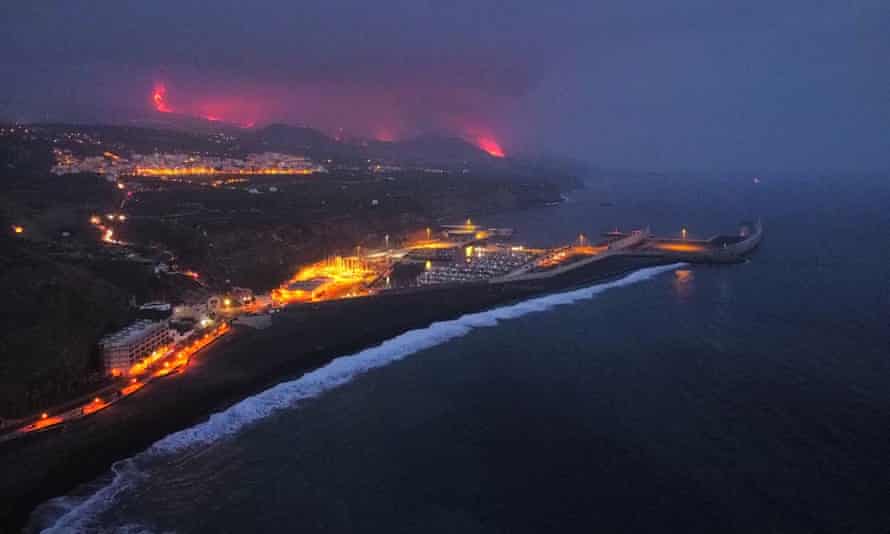 The La Palma volcano has reactivated and is spewing more lava into the sea.

Volcanic lava continues to flood into the sea after an early morning reaction spewed out tons of red hot magma that eventually added to the new stream formed over the past few days. The new tongue has already completely obliterated the Polígono del callejón de la Gata, destroying everything in its path, including a cement factory on the industrial estate.

Between 700 and 800 residents have been evacuated from Los Llanos de Aridane due to the northwest advance of the lava. Authorities have been monitoring a stream of molten rock that has set buildings near the cement factory ablaze. Up to 3,000 residents had been ordered to stay indoors over fresh fears of toxic gases, however, the lockdown has now been lifted.

Ángel Morcuende, technical director of the Canary Islands Volcanic Emergency Plan, confirmed on Tuesday, October 12, that the smoke cloud had passed and residents could leave their homes.

Despite the tragedy that has caused thousands of families eruption of the La Palma volcano, there are those who are dedicated to doing business at the expense of this event. Several advertisements have appeared on the internet over the last few days of people offering bags of ashes at a price of 20 euros for 10 grams.

The ash, as stated in these advertisements, is from the La Palma volcano, although this cannot be easily verified.  Some of these adverts have started to disappear – it is unknown whether sellers have withdrawn them – but others still remain.

The ashes from the La Palma volcano are susceptible to contaminating air, water and food. Part of the work of the personnel of the National Geographic Institute, the Geological and Mining Institute of Spain as well as the Volcanological Institute of the Canary Islands is to collect samples of ash and pyroclasts for further analysis, which will be made public soon.