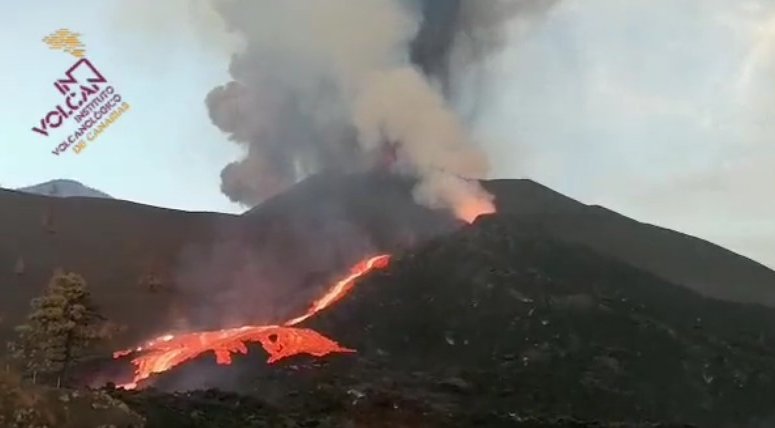 Strongest La Palma earthquake of 4.8 is felt in the north of Tenerife. image: twitter @involcan

Guardia Civil officers patrolling the perimeter of the Cumbre Vieja volcano on the island of La Palma have had to deal with four people who decided they would enter into the exclusion zone. This zone has been set up for the obvious reasons of safety and security, but these four were clearly intent on getting a closer look at the activity.

The problem that arises here is that by entering the area, they place themselves in danger, along with the lives in danger of the officers who might have to rescue them in the event of any sudden events.

A similar incident reportedly occurred at sea yesterday, Monday, October 18. Despite several radio warnings, a ship entered inside the perimeters laid out by the Maritime Captaincy. This action, along with that of the other four people, has been reported to the Public Prosecutor’s Office, and the Government Sub-delegation, for an alleged crime of disobedience.

Today, Tuesday, October 19, saw a visit made by Maria Gamez, the general director of the Guardia Civil. Ms Gamez visited the Advanced Command Point (PMA) located in the municipality of El Paso on Tuesday, where she met with the police officers deployed there.

At the same time, she asked the population of La Palma to exercise prudence, and reiterated the need to comply with the indications of exclusion zones “because it is dangerous and you have to take the situation seriously”.

She passed on the support and gratitude on behalf of the entire Institution, to all Guardia Civil officers who are working on the island. Also, the police boss held a meeting with the fifteen officers who have had to be relocated after suffering the loss of their homes, or have been evacuated.

Ms Gamez pointed out that the force has had a presence on the island since the volcano first erupted on September 19, which is exactly one month ago today. From that moment, the Guardia Civil activated all its troops on La Palma, in collaboration with the authorities, to begin the eviction of the first affected people. “That same night our first reinforcements arrived from Tenerife and today there are almost 300 officers who are working on the island”, as reported by laprovincia.es.