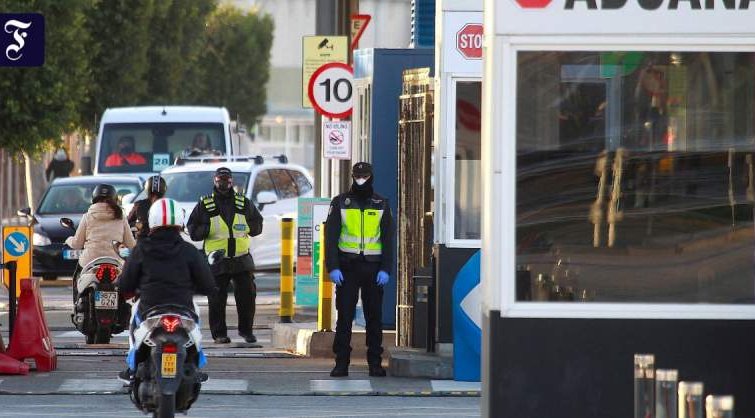 Foreign Affairs Ministry expects agreement on Gibraltar before the end of the year.

The Ministry of Foreign Affairs has said it hopes that the EU and the United Kingdom will reach an agreement on the future of Gibraltar after Brexit before the end of the year. The agreement- if reached- will give peace to Campo de Gibraltar under the premise of creating an area of ​​shared prosperity and growth.

In the event that there is no agreement, the Government has declared it is “prepared for any eventuality.”

This was announced by the minister, José Manuel Albares, to the mayors and political representatives of Campo de Gibraltar at the meeting held this afternoon (Wednesday, October 20) in Madrid to inform them about the progress of the negotiations.

Albares explained after the meeting that at this time “there are no difficulties”. “It is a detailed agreement in which different aspects are dealt with, from tax issues, taxation, tobacco prices, border controls, and therefore that takes time.” He added:

“The negotiations continue their course and at the moment there is nothing disturbing,” Albares remarked this afternoon. Plan A is “to get an agreement, a win-win agreement. But we are prepared for any eventuality, there are already a series of measures that are being applied at the moment ”.

The first round of negotiations to reach a treaty that would allow Gibraltar to be left without border control at La Verja, among other issues, was held last week. Two more rounds of negotiations are already scheduled for November and December.

“We are working on a negotiating mandate from the European Commission approved by the European Council on October 1; precisely the approval of this mandate, based on the New Year’s Eve Agreement approved by Spain and the United Kingdom, generated a strong debate on the inclusion or not of Frontex in the document in support of the control of the port and airport of Gibraltar.”

Finally,  the European Border Agency was included indicating that Spain “has expressed its intention to request Frontex assistance” for the first four years of the new agreement.

Spain and Great Britain reached an agreement in principle according to which the British exclave of Gibraltar would normally join the Schengen area without border controls. This will prevent the border between Spain and Gibraltar on the southern tip of the Iberian Peninsula from becoming an impermeable EU external border from January 1, 2021, said Spanish Foreign Minister Arancha Gonzalez.

Instead, Gibraltar will now bind itself more closely to Spain and the European Union as a surprising consequence of Britain’s departure from the EU. In the 2016 Brexit referendum, 96 per cent of Gibraltar’s 33,000 residents voted to remain in the EU.