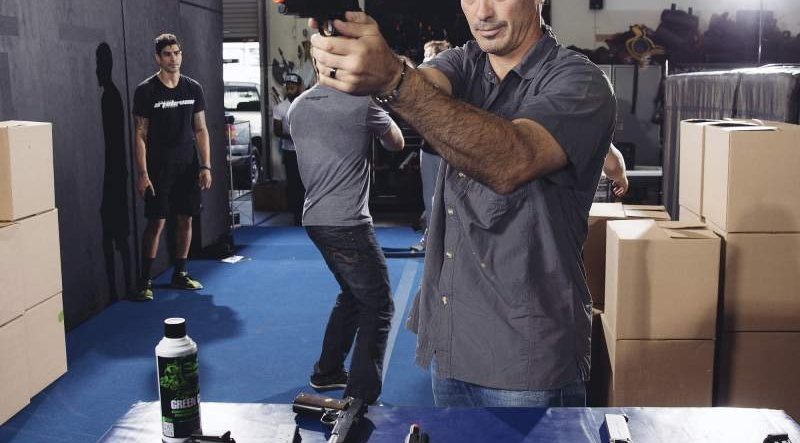 The gun that killed Halyna Hutchins was being used for off-set target practice by the crew, claims a new report.

The prop gun that killed cinematographer Halyna Hutchins and injured the director on a New Mexico movie set had been used by crew members offsite for fun, a new report has claimed. The gun, which was fired by Alec Baldwin on the set of the movie “Rust,” may have even been loaded with live rounds when it was used for what was essentially target practice.

It has now also emerged that hours before actor Baldwin fired the fatal shot from the prop gun that he had been told was safe, members of the camera crew for the movie walked off the job in protest at conditions and over safety concerns.

Multiple sources connected to the production of the film have said that the gun was fired at off-the-clock gatherings – using real bullets- which could explain how a live round found its way into the gun’s chamber, according to TMZ.

Another source who was on set told the outlet that when cops arrived they found live ammo and blank rounds stored in the same area, where the fatal mix-up could have occurred. Officials have not confirmed the claims, TMZ said.

Disputes in the production of the Western film Rust starring Alec Baldwin began almost from the start in early October, culminating with seven crew members walking off several hours before 42-year-old cinematographer Halyna Hutchins was killed.

At a rehearsal on the film set at the Bonanza Creek Ranch outside Santa Fe on Thursday, October, 21, the gun Baldwin used was one of three that a firearms specialist, or “armourer”, had set on a cart outside the building where a scene was being rehearsed, according to court records.

The documents reveal that assistant director, Dave Halls, grabbed a prop gun off the cart and handed it to Baldwin, indicating incorrectly that the weapon did not contain live rounds by yelling “Cold gun”.

When Baldwin pulled the trigger, he unwittingly killed Ms Hutchins and injured director Joel Souza, who was standing behind her inside a wooden, chapel-like building.