What do the different coloured poppies mean? 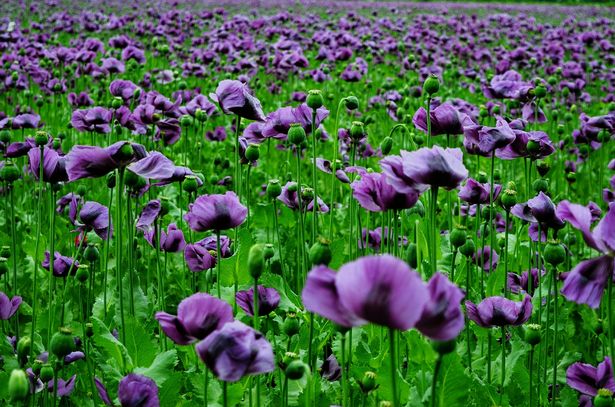 what do the different coloured poppies mean image getty images

What do the different coloured poppies mean? For most of us, red poppies are synonymous with Remembrance Day, November 11. On this day we remember Armistice Day, which was the day that marks the end of the First World War. The second Sunday in November, which is the closest to November 11, is called Remembrance Sunday and the red poppy is also worn.

While red poppies are the most common.  Most countries have a national symbol that honours the lives lost in violent conflict.

For example, our allies across the Channel wear the indigo coloured ‘bluet de France’. Carrying on with the floral theme, the national remembrance symbol of India is a bright yellow marigold, whereas Russia has an orange and black ribbon instead of a flower.

Here in Britain, the poppy has become the omnipresent symbol of remembrance.  There are various charities that sell different coloured poppies to remember different sacrifices in the war.

You can show your respect by wearing the traditional red poppy but over the years, other colours of poppies have materialised, with some seen as controversial, and others representing a particular community, such as the black poppy.

So, whats’s behind the different coloured poppies…..

The red poppy is considered a symbol of remembrance, not just of those who died in World War I, but in conflicts before and since.

The origin of red poppies is from a poem called Flanders Fields. It was written by Canadian officer John McCrae and describes how poppies grew on the graves of the fallen soldiers. Moina Michael, an American academic and humanitarian was inspired by the poem so much that she wanted to use the poppy to honour the memory of those fallen in the war.

In Europe, Frenchwoman Anna Guerin took on the role of popularising the poppy as an international emblem of remembrance.

In 1921 Guerin persuaded Royal British Legion founder Earl Haig to order nine million poppies, all of which were sold on the anniversary of Armistice Day that year. Therefore, starting the tradition of the red poppy on Remembrance Day.

One of the other different coloured poppies is the white one. It is considered a symbol of peace.  According to the Peace Pledge Union, the white poppy stands for three things:

“Remembrance for all victims of war. A commitment to peace. A challenge to attempts to glamourise or celebrate war.”

Critics of the poppy for peace claim that it signals disrespect for those that had given their lives so that we could enjoy the peace that we have now.

People should “ignore” those who wear them, according to Conservative MP Johnny Mercer, who termed them “attention seeking garbage” in 2018.

The former Under-Secretary of State for Defence People and Veterans tweeted: “If you don’t want to wear a poppy don’t bother, they fought and died so you could choose. But don’t deliberately try and hijack its symbolism for your own ends.”

The Peace Pledge Union argues that, as 90 per cent of people killed in warfare are civilians, wearing both a red and a white poppy can signify that one honours the sacrifices of the fallen military personnel while highlighting all the civilian lives lost in war.

It intends to commemorate all victims of all wars – both military and civilians of all nationalities.

But critics claim that white poppies undermine the message of red poppies and Armistice Day.

Introduced in 2006 by Animal Aid, purple poppies are less common and remember the animals that lost their lives at war. This alternative coloured poppy was introduced because campaigners claim the animals were never given the credit they deserved. It is estimated that eight million donkeys and horses were killed during the First World War. Comparatively, the war took the lives of 9.7 million military personnel.  In 2015, the purple poppy was replaced with a purple paw badge. The Purple Poppy Appeal has since been headed by the War Horse Memorial, with proceeds going to animal welfare charities such as Blue Cross and World Horse Welfare.

The black poppy rose represents the contribution to the war effort of African/Black/Caribbean/Pacific Islands & Indigenous Communities who lost their lives at war. This coloured poppy was introduced in 2010 and is the newest of the different coloured poppies. black poppy rose project, these different coloured poppies are described as a “symbol that signifies pride, honour and glory, with the hope that future generations will be inspired by these largely untold historical legacies”.