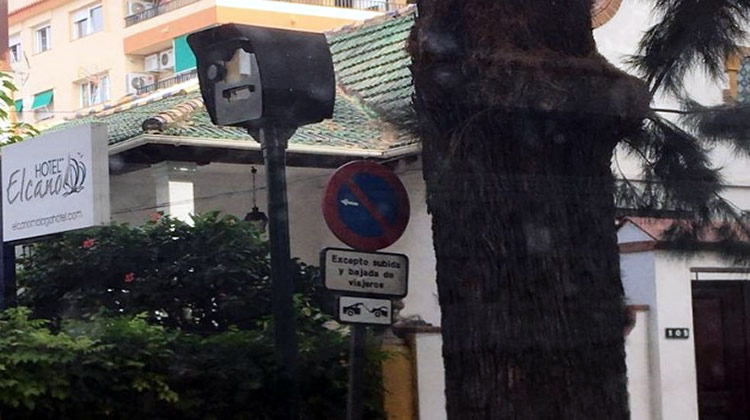 As confirmed by Malaga City Council, they have already started the installation of the network of fixed radars in the city. They will be deployed along the main 50km of arteries around the city, to control that drivers do not exceed 30 km/h.

Two of these units are already in place, but are not yet operational. Both are located on Avenida Juan Sebastian Elcano. One is next to the Hotel Elcano, and the other is installed near the old Bobby Logan nightclub. They both point in the direction of the city centre. More of these boxes are in line to be fixed in place around the city.
The so-called ’30 lanes’ were implemented in May, since when, the Mobility Area began to work on the placement of a row of radar devices in all sections. Not every box will be active, only a certain number of speed cameras will be used, with their locations constantly being alternated among the various boxes, so that drivers will not know which ones are active.

Adding to these two new fixed radars, the Malaga Local Police have been supplied with two new portable devices. Already in the city, there are fixed kinemometers installed in Calles Pacifico and Andalucia, plus on Avenidas Calle Valle-Inclan, and Pintor Sorolla.

Drivers should be aware that the speed limits in force work on the basis that the maximum speed is 30 km/h on all roads with a single lane in each direction. On single-platform, semi-pedestrian streets, in which the road and pavement are at the same height, it is 20 km/h.

Bus lanes do not count, so in the case of a road with one lane for private traffic and another reserved for public transport, drivers must not exceed 30 km/h. For the rest of the streets with two or more lanes in each direction, the maximum speed is still set at 50 km/h, as reported by diariosur.es.