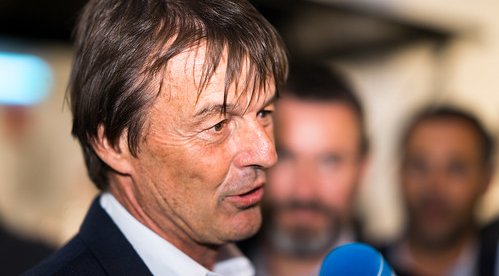 "Nicolas Hulot" (CC BY 2.0) by paquierjacques

The former environment minister for France, Nicolas Hulot, has been accused of rape and sexual abuse by multiple women in a new television documentary. The French ex-minister had already been accused of rape by the granddaughter of the late Socialist president François Mitterrand four years ago.

In an interview given on Thursday 24 November, just before the documentary aired, Hulot, 66, denied the allegations and accused the women of lying about their claims. He also stated he was withdrawing from public life definitively.

A preliminary inquiry is to be launched into the allegations by the women according to the Paris public prosecutor, Laure Baccuau. The inquiry is unable to lead to any formal charges as the alleged events happened outside of France’s scope for prosecution, even if the popular environmentalist is found guilty.

The Envoyé spécial programme aired the testimony from the four women, described as unknown to each other as they explained how they had been assaulted by Hulot. Sylvia – who didn’t give her second name – was in tears as she described how Hulot forced her to perform a sex act in a vehicle in an open-air car park in May 1989 when she was just 16,

“I was young, I’d never done anything like that. I didn’t understand what he wanted,” she said.

“I froze. I knew that what was happening shouldn’t be happening, that it was bad … I knew I was trapped and because I didn’t want to do what he was trying to make me do, I tried to lean back in the seat.”

“I left, I didn’t know what had happened. Had I seduced him? Was it normal? Is that what adults do? I’ve kept this to myself for 30 years. I was a 16-year-old kid, he was Nicolas Hulot. Who was going to believe me?”

Hulot stood as a presidential candidate in 2012 and later served as the ecology transition minister in Emmanuel Macron’s first government between 2017 and 2018. The French ex-minister refused to speak to Envoyé spécial on camera, but told the programme in a telephone call: “You know very well that it will be word against word … and today the word of women is sacred. I have never in my life coerced anyone into anything. Never, neither by hand nor by force.”