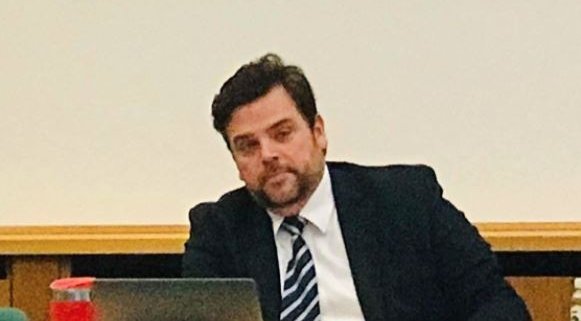 Ex-Tory councillor left ‘penniless’ over doctored Liverpool bombing photo. The former councillor has had to pay substantial damages to Jeremy Corbyn over the doctored photo.

Former councillor Paul Nickerson decided to settle out of court with the former Labour leader Jeremy Corbyn. He had shared a doctored image which showed Corbyn outside the Liverpool Women’s Hospital holding a Remembrance wreath next to the taxi which had blown up.

Nickerson took to Twitter and apologised for his actions. He commented: “On 15 November 2021 a false defamatory statement, for which I accept full responsibility, was published on my Twitter account about Jeremy Corbyn MP. My apology is attached. I have agreed to pay substantial damages and legal costs to Mr Corbyn. Please retweet.”

Speaking to Hull Live Nickerson commented on the good work that he is determined to do in the future. He said: “The things we say about other people, particularly things like that affect people in the same way it would affect me.

“This has left me in a very challenging situation financially, it’s been a short, sharp shock because you realise there are serious consequences to things that I didn’t realise before.

“It’s really important to realise how litigation works, if you think you can do something like this without consequences then you’re wrong, it will come back into your life in a really bad way.

“Lawyers will get involved, you can’t afford to take that risk because the consequences will be worse in terms of costs.

“The best thing to do is to try and be kind as often as possible in what you say and do, I normally try to do that but I failed.

“I’m going through a difficult process and it’s been a knock, but I’m determined to go back to the things I was doing in my ward before with more gusto.

“I don’t want to complain about it all, I want to fix it and I can only sit in the stocks for so long.

“I’m going to carry on with the work I started with Track Boxing Club and other issues I’ve been involved with in Beverley.”

He went on to add: “I’ve committed to raising £10,000 for charities in my ward in the next year, I think the first even will be held in January and anyone who wants to get involved can do.”