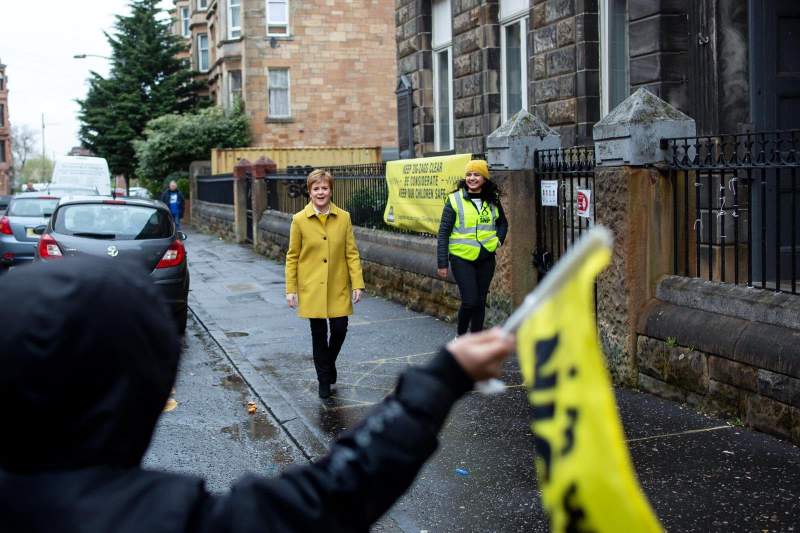 On the same day that Nicola Sturgeon pressed Boris Johnson to impose tougher border controls to stop the arrival of the omicron variant of the coronavirus in the UK, the political leader announces another Scottish independence referendum 2023.

The chief minister of this autonomous nation confirmed, in her closing speech at the Scottish National Party’s annual congress – also held virtually this year, due to the pandemic – that her government will begin to draw up a roadmap next year for citizens to go to the polls again, as they did in 2014, to decide whether they want to break their ties with London. And the main argument for renewing this commitment has a name and a surname: Boris Johnson. “The Johnson government is deliberately eroding the powers of the democratically elected Scottish Parliament,” said Sturgeon. “But it is no longer about what he personally stands for. The biggest problem with the Westminster political system is that it allows someone like him to be able to get into the prime minister’s job,” she said.

The Scottish National Party (SNP) won the May regional elections by a comfortable margin. However, it fell one seat short of an absolute majority. The promise of a new Scottish referendum of independence might have been deflated by that result, but the alliance immediately built with the Greens, who were even more enthusiastic than the SNP about a new Scottish independence referendum, kept alive the notion that there was a mandate for change in the new Assembly. Sturgeon fuels the expectation in each of her political speeches, as the challenge to Johnson’s Conservative government grows. “If you respect democracy, and you are so convinced of the strength of your arguments against independence, let the people have their say,” Sturgeon told the British Prime Minister.

Although the Scottish chief minister, who has managed to build an image of rigour and seriousness during the pandemic in sharp contrast to the erratic management of Downing Street, has always made the dream of independence conditional on a definitive solution to the current health crisis, her speech to the party on Monday, November 29, made it clear that there is no turning back. “I challenge anyone to look at the corrupt, broken and self-serving Westminster system, of which we are now a part, and conclude that it provides a secure basis for Scotland’s future,” Sturgeon challenged, after recalling the blow that Brexit dealt the Scots. They voted overwhelmingly against leaving the EU. “Next year, covid permitting, as we move out of winter and into spring, we will resume the campaign to convince the majority of Scots that our future will be much more secure as an independent nation,” the SNP leader promised. “And over the next year, I will start the necessary process to enable us to hold a Scottish independence referendum by the end of 2023.