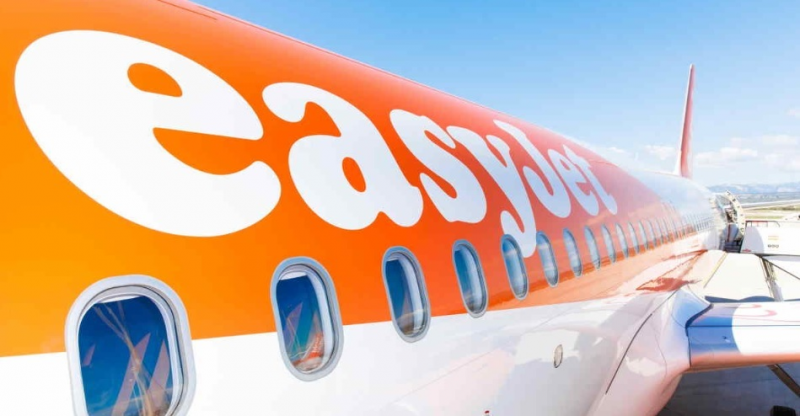 Passengers were forced to sleep in a “freezing” airport after easyJet cancelled their flight.

A mum-of-three and 155 other passengers were left “fuming” after they were forced to sleep in a “freezing” airport due to a cancelled easyJet flight.

34-year-old Jodie McGeown from Belfast had been to Liverpool for the weekend celebrating a friend’s birthday. Upon arriving at Liverpool John Lennon Airport on Sunday, November 28, Jodie said “everything was fine.”

However, following several delays appearing on the departure board, easyJet informed passengers that they were experiencing “technical difficulties.”

Travellers were eventually allowed to board the plane, only to be sat in their seat for three hours and then be told the flight had been cancelled.

Jodie told Liverpool Echo: “They moved us down to a different gate and then about 11.30pm they put us on the plane – 156 people on the plane.”

After the three-hour wait, “everybody was fuming,” she said.

Jodie claims the passengers were then told they would not be flying at 1:30am.

After speaking with easyJet staff, Jodie said passengers were told the airline could do nothing more about the situation and that they would have to wait in the check-in area as departures was closed and that there were “no hotels left in Liverpool.”

Shops were closed and blankets and pillows were not provided. Jodie also claims there was just one heater for all 156 travellers.

“It was so cold, why would they not have prepared for that?”

“Why didn’t they let us know earlier because people might have gone back to the houses they came from in Liverpool, stayed there for the night. Why was it left so late?”

“I have three young children and I missed the school run this morning.”

“Everybody has had to take the day off work and the reason we booked that flight was so they could get home and go to work this morning.”

“There was a physiotherapist there who had to cancel her clients and a teacher had a GCSE exam going on today.”

The passengers finally boarded their flight at 6.40am on Monday and Jodie said the experience made her “angry.”

An airport spokesperson told the Liverpool Echo: “We are aware of delays and cancellations to flights yesterday caused by problems that the handling agent experienced with multiple equipment failures when de-icing aircraft on behalf of airlines, which we are naturally disappointed about.”

“This is being discussed with the handling agent to understand what happened and why, in order to reduce the likelihood of re-occurrence.”

“Since some flights were cancelled, passengers will have been returned to the public areas of the terminal by the handling agent in order to return home or to leave and find accommodation until they had alternative flights arranged.”

“Unfortunately the terminal also experienced heating problems yesterday which we apologise for and these are currently being worked on to rectify the problem.”

“At that time of night, retailers will have already closed some time earlier and whilst vending machines should have been available for hot drinks and snacks, passengers rarely choose to spend the night here due to the limited seating and facilities during the night time.”

An easyJet spokesperson told the ECHO: “easyJet can confirm that flight EZY617 from Liverpool to Belfast yesterday November 28 was delayed overnight due to a shortage of de-icing trucks at Liverpool airport, which meant the aircraft was unable to be de-iced sufficiently to depart safely.”

“While we did all possible to source some hotel accommodation, due to limited availability of hotel rooms in Liverpool we were unfortunately unable to provide hotel accommodation for all customers and those customers who were required to source their own accommodate were advised they would be reimbursed for any reasonable expenses, as well as for meals and refreshments.”

“While this was outside of our control, we would like to apologise to passengers for the inconvenience experienced.”