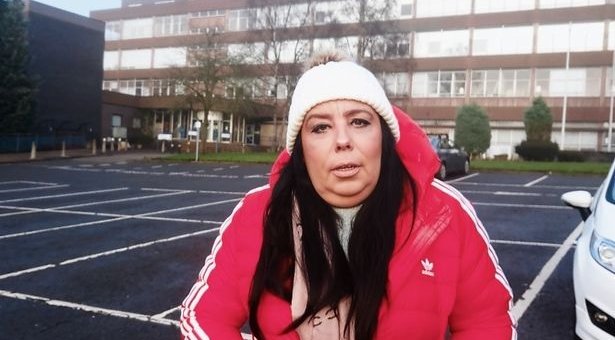 Mary Quinn, a Scots mum paying £50 a day for electricity, has called for help from the Falkirk Council and Scottish Power as she reaches desperation point. Driven into debt by the cost of electricity, the mum protested outside council headquarters along with a number of others in the same situation.

Quinn, who suffers from kidney problems and the fallout of a brain aneurysm, works seven days a week in her local and down at the bookmakers. All her wages however go on paying the outrageous electricity bill, which is not because of her overuse but rather the inefficient heating system that was installed by the council in the homes where she lives.

Saying she just wants to go to sleep and not wake up, the mother of two is at her wits end, as she can see no end to her plight and just cannot keep getting further into debt.

Quinn is one of 700 Falkirk Council tenants who live in an area where there is no gas and therefore have to use a Thermaflow heating system that the council installed 10 years ago. The system which it is claimed is inefficient is unable to heat the properties effectively either, as the council has yet to install double glazing in the properties. Although the windows and doors are approved for an update, due to Covid-19 the work has been delayed.

Tenants in the area all face weekly bills of £150 or more, however Quinn’s home and that of her neighbour cost more to keep warm.

Falkirk’s Forgotten Villages campaign took their protest to Falkirk Council’s headquarters on Saturday to demand more help, especially over the winter months. But she says they have just made empty promises with none of the work they have agreed to do, being done. This includes fitting an appropriate boiler system in the house.

She said: “When I spoke to Scottish Power they told me I should do my washing after 11pm, then asked if I had a tumble drier or a hot tub?

On other occasions when she has spoken to the Scottis Power they have told her to speak to a debt councillor, but as she says “I don’t have any other debt – the debt I have is because most of my wages go on electricity.”

Continuing she said “At this time of year, we are choosing whether to eat healthily or heat

The campaign organiser, Claire Mackie, said the Falkirk Council must do more to help those affected. “Poor decisions by Falkirk Council have impacted people’s lives to the point that they can’t feed their families.

“We can’t go on like this – we need action now, we need financial support and we need them to take accountability.”

Electricity price hikes have hurt everyone in the UK but none so bad as those in Falkirk’s forgotten villages, but the news that a Scots mum paying £50 a day for electricity has not been helped is unforgiveable.