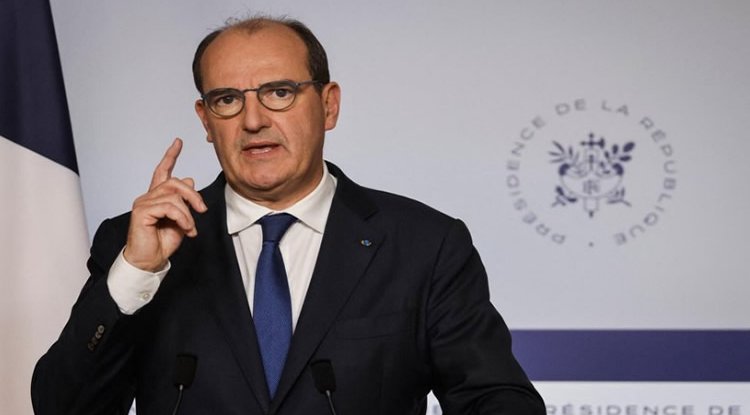 Jean Castex, the Prime Minister of France, has today, Monday, December 27, announced a list of new Covid restrictions that will be implemented across the country. This action comes as the Omicron variant is reported as spreading rapidly throughout Europe.

The French government has decided to cut the period between the second vaccine shot and the booster down from four months, to three months. For the next three weeks, indoor events will be limited to a capacity of 2,000, while outdoor events will have a limited capacity of 5,000.

It will also become mandatory, where possible, to work from home at least three days per week. Food and drink will also be banned on long-distance transport, such as trains.

Banning eating and drinking on trains has probably been enforced with the objective of getting people to leave their masks on for longer periods commented Professor Paul Hunter to MailOnline.

‘If people wear face coverings it will reduce the rate of transmission by about 20 percent”, said the epidemiologist at the University of East Anglia. Whether the measure will be effective he said, was ‘uncertain’.

Even though these restrictions come into force immediately in France, there was no attempt to stop the New Year’s Eve celebrations, which are being allowed to go ahead without any curfew being imposed.

A record number of infections were recorded last Saturday 25, with 100,000 new cases, the highest total since the start of the coronavirus pandemic. Health officials in France are warning that hospitals could become overrun, with experts are predicting a huge increase by mid-January.

Intensive care units across the country currently have around 3,300 patients in them, a number that is above the 3,000 limit established by the government as a critical threshold, as reported by dailymail.co.uk.