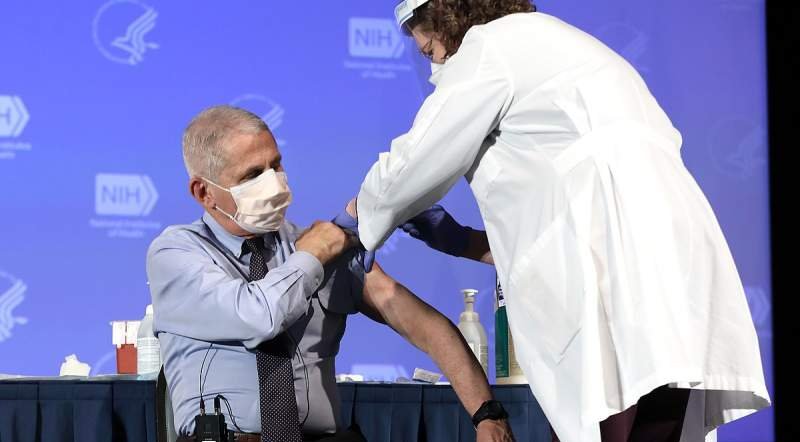 NIAID, CC BY 2.0 , via Wikimedia Commons

United States health workers who have tested positive for COVID will now only need to self-isolate for five days instead of 10, due to staff shortages throughout the country.

The spreading of the omicron variant is leading the United States to reconsider some of its measures against the pandemic, such as the recommended isolation time of those who are infected or whether travellers must show a vaccination certificate on national flights.

This was explained on Monday, December 27, by the government’s main epidemiologist, Anthony Fauci, in an interview with the TV channel MSNBC.

Fauci stated that the government was “seriously” evaluating the possibility of reducing the isolation time required for those who are infected.

The isolation time is currently ten days, although last Thursday the Centers for Disease Control and Prevention (CDC) established an exception for health workers, who must self-isolate for only five days.

When asked whether the United States would reduce these rules in other cases, Fauci explained that they may also do so for other essential workers who are needed in order for the country to continue functioning.

“So many people are being infected, including infections in people who are vaccinated, that we are considering the possibility of reducing the isolation period,” he said.

Over the last few days, hundreds of flights have been cancelled in the United States due to increasing COVID infections among flight staff. This is why the heads of large airlines, such as Delta, United and American Airlines, have asked the CDC to reduce the isolation period to five days.

Fauci also said that it would be “reasonable” to consider new requirements for vaccination on domestic flights. The United States currently only asks for proof of vaccination from travellers on international flights who are neither citizens nor permanent residents in the country, although they must all have a negative test.

The United States has a low vaccination rate compared to other countries such as Spain (90%). Around 61% of the US population is fully vaccinated, whereas 39% is reluctant, according to the latest data from the CDC.