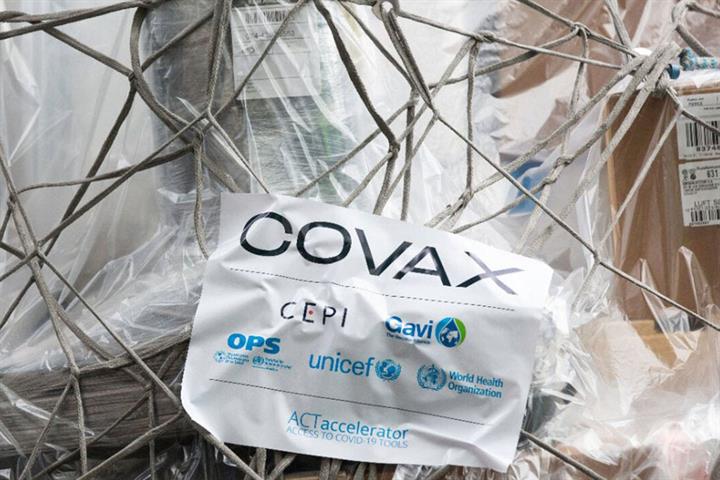 The World Health Organisations (WHO) says that its United Nations (UN) backed Covid-19 program (COVAX) has delivered one billion vaccine doses to poor countries. Announcing the milestone the organisation said that: “It was a stark reminder of the work that remains.”
Although every western nation signed up to the agreement to help poorer countries gain access to vaccines, the reality was very different with richer nations hoarding and stockpiling vaccines.
WHO has been very critical of the unequal distribution of vaccines and has called for manufacturers and other countries to prioritise COVAX. It said that, as of Thursday, 36 of its 194 member countries had vaccinated less than 10% of their population and 88 had vaccinated less than 40%.
Deliveries have been made to 144 countries so far, “but the work that has gone into this milestone is only a reminder of the work that remains,” WHO said in a statement.
It added: “COVAX’s ambition was compromised by hoarding and stockpiling in rich countries, catastrophic outbreaks leading to borders and supply being locked.” Continuing WHO said: A lack of sharing of licenses, technology and know-how by pharmaceutical companies meant manufacturing capacity went unused.”
At the end of December, WHO Director-General Tedros Adhanom Ghebreyesus urged everyone to make a “new year’s resolution” to get behind a campaign to vaccinate 70% of countries’ populations by the beginning of July.
In a newspaper interview published Sunday, Germany’s new international development minister said she wants to use her country’s presidency this year of the Group of Seven industrial nations to ensure that COVAX gets the resources it needs in 2022.
“Unfortunately, there are still too few countries participating in the financing of the global vaccination campaign,” Svenja Schulze was quoted as telling the Funke newspaper group. “Alongside Sweden, Norway, Canada and the U.S., we are the ones who are giving most. The other industrial countries have significant ground to catch up.”
Germany has said it donated 103 million doses to poorer countries last year and plans to donate another 75 million in 2022.
Schulze says she wants to expand help for developing countries to produce vaccines themselves, with partnerships between companies to produce vaccines under license a favoured aim.
Asked whether it would make sense to waive patents on COVID-19 patents, which Germany’s previous government opposed, she replied: “I doubt that developing countries would get vaccines more easily if we waive the patents. The issue is only a small part of the production process.”
The battle against Covid-19 will not be won without adequate vaccination across the world, making the news that the COVAX program delivered 1 billion doses all that  more important. However as the organisation has said there is still a long way to go.
Thank you for taking the time to read this article, do remember to come back and check The Euro Weekly News website for all your up-to-date local and international news stories and remember, you can also follow us on Facebook and Instagram.