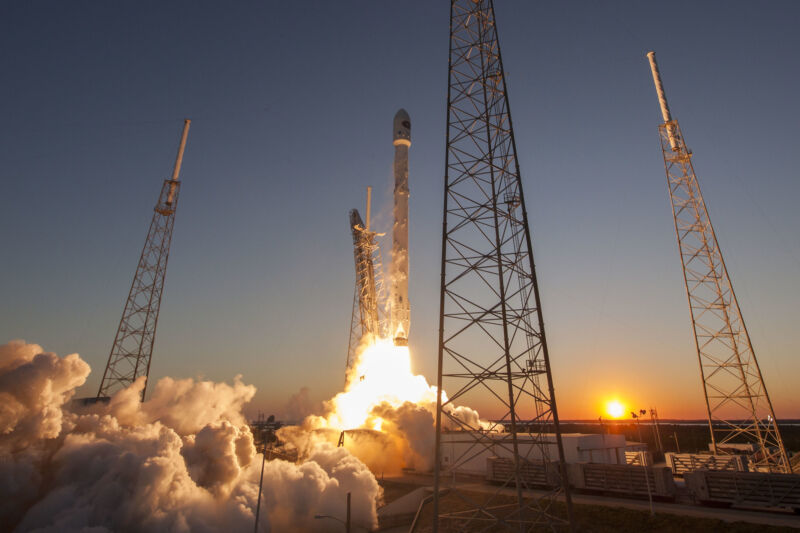 Remains of SpaceX rocket set to crash into the Moon in March. Image - SpaceX

According to various ‘trackers’ of the skies, an old SpaceX rocket will crash into the Moon in early March.

The old SpaceX rocket that is set to crash into the Moon in early March is the second stage of a Falcon 9 launched in 2015, a mass of about 4 metric tons, and according to expert calculations, it will impact our natural satellite at a speed of about 2.58 kilometres per second.
The discovery has been published by Project Pluto, a site widely used to track near-Earth objects, asteroids, minor planets, and comets.
Bill Gray, the man behind the portal, called on amateur and professional astronomers to make additional observations of the SpaceX rocket earlier this month, which appears to be circling through space.
Based on the data obtained, it seems very likely that the Falcon 9 upper stage will impact the far side of the Moon near the equator, on March 4.
However, as the SpaceX object is circling, it is difficult to accurately predict the effects of sunlight ‘pushing’ the rocket stage and slightly altering its orbit. These unpredictable effects are very small but will accumulate between now and March 4, but further observations are needed to refine the precise time and location of the crash.
SpaceX launched its first interplanetary mission on February 11, 2015, with a Falcon 9 flying off from Cape Canaveral, Florida, carrying the Deep Space Climate Observatory satellite.
After the second stage of the Falcon 9 rocket completed a prolonged burn to reach a transfer orbit, NOAA’s Deep Space Climate Observatory began its journey to a Sun-Earth Lagrange point over a million kilometres from our planet.
At that time, the second stage of the Falcon 9 rocket was so high that it did not have enough fuel to return to our planet’s atmosphere and it also lacked the energy to escape the gravity of the Earth-Moon system. Therefore, since February 2015, this piece of SpaceX hardware has been following a somewhat chaotic orbit.
Even though it does not pose a risk to humans – as we have seen recently in cases like the uncontrolled Chinese rocket or the satellite shattered by Russia that threatened the International Space Station – it is important to know in advance the information about when the rest of SpaceX will crash.
It is likely the first time a piece of space hardware has inadvertently hit the lunar surface.
Typically, during interplanetary missions, a rocket’s upper stage is sent into a heliocentric orbit (one that revolves around the Sun) keeping it away from Earth and its Moon.
For spacecraft launches intended to orbit the Earth, best practice is to reserve enough fuel in a rocket’s upper stage to return it to Earth’s atmosphere where it will burn. This is what SpaceX and most Western rocket companies typically do to help control debris in low Earth orbit.
The Moon, of course, has no atmosphere for the piece of space junk to burn up.