How the world's most expensive coffee could cause the next pandemic 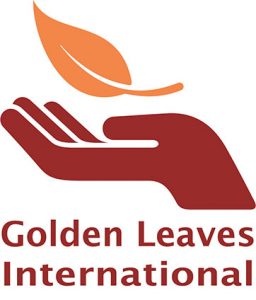 The world’s most expensive coffee, kopi luwak, produced from berries partially digested by small mammals, could potentially cause the next world pandemic.
In half of the paradisiacal forests of Indonesia live some small mammals that feed on coffee berries: Asian palm civets. Unfortunately, growing attention and commercial interest in these zones have turned them into places of hidden threats. There are certain practices that end up being concealed or protected as secrets of state.
This is the case of kopi luwak, the world’s most expensive coffee, which is cultivated in southeast Asia and collected from the animals’ defections. The most concerning issue, other than the conditions of animal abuse faced by the civets during the process used to obtain coffee, is that this could potentially lead to the next pandemic.
In the beginning, the business of civet coffee looked set to bring good things for the animals. Palm civets tended to invade commercial fruit farms and were considered a pest in Indonesia, but thanks to the kopi luwak industry, the locals began to protect them for their valuable excrement. Over time, however, they went from being a valued species to simple goods, which, once they no longer brought much profit, were abandoned again in deplorable conditions or sold in animal markets.
At civet farms, tens of thousands of animals are kept and force-fed in battery cages. They often develop nutritional deficiencies and lose their fur. According to National Geographic, ”they are kept in minuscule cages, where they live with their excrement every day, and they are forced to exclusively eat coffee berries and sometimes, compost that is left over from the food of human beings”.
Being in constant contact with their excrement and the bacteria in it negatively impacts their health in general. Once abandoned, civets do not survive long.
PETA has also spoken out about the horrific ways in which civets are exploited and even warned the international population of the dangers of consuming products that come from their excrement.
Civets consume the berries and digest the pulp, but the seeds themselves are collected from the excrement and then toasted. This gives the coffee certain desirable qualities, making it the most expensive and highly valued coffee in the world. A cup of kopi luwak coffee can cost up to 80 dollars in the United States.
Why could it be dangerous? SARS-CoV-2 is a zoonotic virus that came from a wild species that was in close contact with human beings. These types of illnesses are a threat to global health, as they are easily passed from wild animals to our species.
If a civet gets a viral infection for which humans are not biologically equipped to face, this type of consumption could cause the next pandemic.
________________________________________________________________________
Thank you for taking the time to read this article, do remember to come back and check The Euro Weekly News website for all your up-to-date local and international news stories and remember, you can also follow us on Facebook and Instagram.