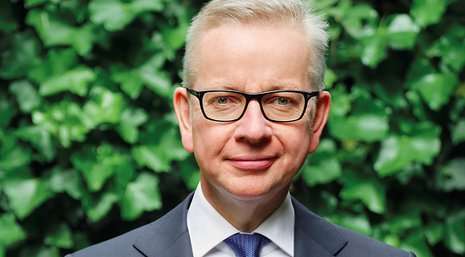 The National Audit Office (NAO) has criticised Boris Johnson’s flagship levelling up fund saying that £4.8bn could be wasted as ministers fail to analyse what works picking projects that are too small to have any significant impact.
The report sharply criticises the long awaited blueprint for not being evidence based, rebuking ministers for failing to produce a proper business case, while ignoring advice that small schemes “do not usually drive significant growth”.
The criticism follows that of “pork barrel politics” with allocations of funds favouring Conservative areas with voter friendly policies such as libraries and leisure centres.
The white paper announced by Michael Gove signals a return to Labour-style target-setting, abolished by David Cameron in 2010, with a warning it will take a decade to reap success.
It will set out 12 legally-binding “missions”, including to increase pay, jobs, investment, transport connections, home ownership and school results in poorer areas, while cutting crime. It also offers a directly-elected mayor, if it wants one.
Ministers admit it will be only a “starting gun fired on decade-long project to level up Britain”, however the NAO is warning that Gove’s department “has wasted opportunities to learn lessons” about what will be successful.
Gareth Davies, the head of the watchdog says: “the department doesn’t know whether billions of pounds of public spending has had the impact intended.”
The Head of the Commons Public Accounts Committee, Labour’s Meg Hillier, has accused the government of having “turned on the taps without really knowing where to direct the hose.”
That view is supported by the Local Government Association (LGA) who warned that councils’ efforts are being hindered as they are forced to bid for “small pots” of cash, which left them unable to “plan strategically for their communities”.
The NAO criticism comes on the back of the admission by Johnson that he had only “a skeleton” of a plan. To make matters worse, it is believed that Gove, has a lost a battle with Rishi Sunak, the Chancellor of the Exchequer, for more cash. It is understood that this is one of the reasons the launch of the white paper was delayed.
Research commissioned by Labour found that 144 areas receiving levelling up cash are still each £50m out of pocket, on average, because of a decade of cuts.
The NAO report highlights the scale of the task, with the gap between rich and poor areas in the UK “among the largest” of any developed nation.
The NAO criticises the levelling up department for:
* Rejecting “expert advice” that only “major physical regeneration” can deliver economic growth – not better “cultural assets”.
* As a result, making it “hard for local authorities to plan the joined-up investment strategies that the department’s research suggests are needed to promote local growth”.
* Making local councils bid for cash from multiple pots, which creates “uncertainty for local leaders” – often requiring them to “find alternative sources of funding.”
* Producing only a single business case for the Levelling Up Fund – instead of going through the standard three stages.
Davies says: “With its focus on levelling up, it is vital that the department puts robust evaluation arrangements in place for its new schemes to promote local growth.”
Johnson in talking up his plans said: “Levelling up means giving all young people, no matter their background, the skills they need to realise their potential.”
With little meat on the plan it remains to be seen whether the Levelling Up Fund will make a difference or whether it will be another consigned to the basket of failed policies.