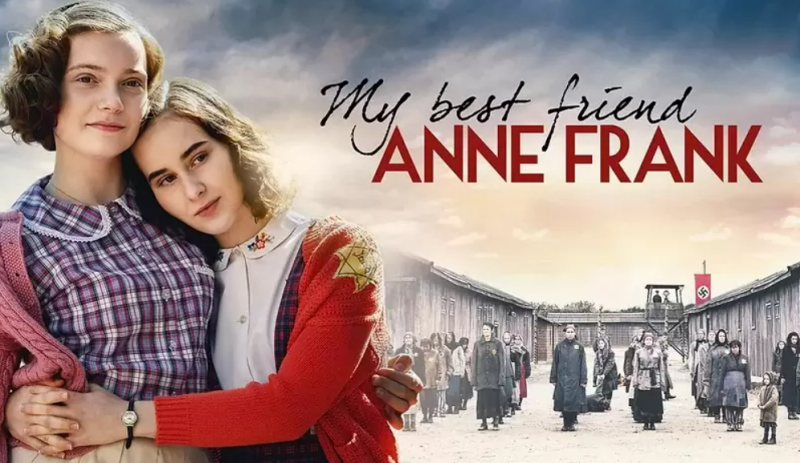 My Best Friend Anne Frank tells the story of the real-life friendship between Anne Frank and Hannah Goslar, from Nazi-occupied Amsterdam to their harrowing reunion in a concentration camp.

Based on the friendship between Hannah Goslar (Josephine Arendsen) and Anne Frank (Aiko Beemsterboer), My Best Friend Anne Frank is a moving, and sometimes strangely joyful, depiction based on the memoirs of Hannah. This Dutch movie has a 67 per cent audience rating on Rotten Tomatoes but is certainly worth a watch.

This is the story of the girls’ friendship before Anne and her family famously went into hiding and before Hannah, her father and younger sister were taken to Bergen-Belsen concentration camp. The relationship between the girls is cheerful and they keep each other going, despite threats around every corner and the fact that the Nazi’s were rapidly overtaking Amsterdam.

All around them, Jews are being beaten in the street, shops are being destroyed, families are being pulled from their homes and carted away like cattle, Jews are banned from establishments like theatres and teachers are beginning to disappear.

The story flits back and forth, from before their capture to the concentration camps. Shots of the girls in Amsterdam are warm, colourful and humorous, while the shots of Bergen-Belsen are grey, dark and dirty – contrasting the two periods in time perfectly.

The whole film builds up to impending doom, with Hannah trying to save Anne when she finds out that the Frank family didn’t escape but were captured and taken to the camp over the fence. Hannah hears a familiar whistle and discovers that Anne and her sister, Margot, are slowly being starved to death and risks her life in an attempt to save her best friend.

The build-up makes the end of the movie incredibly emotional. Although this film is a sanitised version of the real and horrifying events – with most of the violence hinted at rather than shown explicitly – when Hannah and her sister are finally liberated from Bergen-Belsen it stirs mixed emotions of triumph and sadness knowing that Anne didn’t meet the same fate.

The credits end and we find that Hannah lived out her dream of becoming a nurse and that Anne died shortly before liberation – she didn’t become the actress she aspired to be, but “she did become world-famous.”

My Best Friend Anne Frank became available to stream on Netflix on February 1.