NY school bans Shakespeare's "The Merchant of Venice" for being "antisemitic" 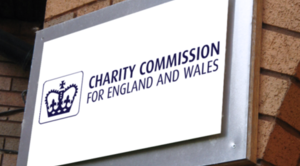 A school in New York has taken the decision to ban Shakespeare’s famous “The Merchant of Venice” for being “antisemitic”, following a series of complaints from parents.
First, Aldous Huxley’s Brave New World was cancelled at Seattle University. Then, the University of Northampton declared George Orwell’s 1984 “an offensive and disturbing book”. Tennessee schools recently banned the Holocaust comic book Maus: A Survivor’s Tale. There are many more examples of the growing numbers of literary works that can be found on the United States’ “banned book lists”. Such books typically deal with issues of race, gender or diversity.
At the end of the 16th century, William Shakespeare published his play The Merchant of Venice. The plot revolves around the story of Bassiano, a Venetian nobleman who asks his friend, the merchant Antonio, for money so that he can continue his courtship with the rich heiress Portia. Antonio is short of money, however, and suggests that he borrow it from Shylock, a Jewish usurer who will lend him the sum on one condition: if he does not pay him back on time, he will have the right to take a pound of flesh from Antonio’s body.
Despite the undeniable literary quality of the play, 75 Morton, a school in Manhattan, New York, has decided to cancel the performance that was to be given by seventh-grade students due to complaints from parents about “antisemitic messages” in the play. The pupils’ parents are concerned about “the way that anti-Semitism is shown in this play; if you don’t have a minimum of knowledge and context you can’t understand how bad and dangerous it is,” said one parent to The New York Post.
________________________________________________________________________
Thank you for taking the time to read this article, do remember to come back and check The Euro Weekly News website for all your up-to-date local and international news stories and remember, you can also follow us on Facebook and Instagram.