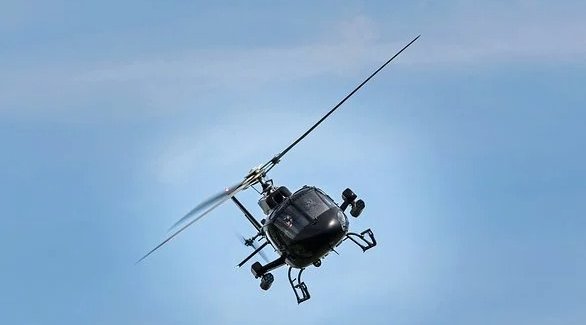 Fatal Crash: Police helicopter crashes into the water in California.
One police officer died and another officer was left critically injured after the crash occurred in California’s Newport Beach. The helicopter is said to have spun in the air before crashing into the water.
Officer Nicholas Vella from the Huntington Beach Police Department died in a fatal crash. He had been with the police for 14 years according to Police Chief Eric Parra.
The fatal crash happened on Saturday, February 19, shortly after 6:30pm local time. A second officer was rescued and has not been named. The officer was rescued from the wreckage before being rushed to the hospital. According to reports, the officer is in a critical condition.
LAPD took to Twitter to share their condolences. The police department tweeted: “The LAPD sends our condolences to the Huntington Beach Police Department.
“One of their officers was killed in the line of duty tonight, after the police helicopter he was operating in crashed.
“Our thoughts and prayers are with his family, his co-workers, and his injured partner.”
A local resident witnessed the crash.  They explained that the helicopter had been responding to another incident and was “basically circling above like it normally does.”
They added: “All of a sudden … the sound of the rotors got really loud.
“I was watching it, and it all of a sudden just went down … beyond where the buildings were, where the bay is.
“The cops just kept coming … everyone was racing to get on the scene.”
One person commented on Twitter: “Holy s**t… we just witnessed a helicopter crash into the water in Newport beach:( looked like a police chopper.. rescue mission underway.”
Another shocked eyewitness tweeted: “Just witnessed a helicopter lose control and hit the water in Newport Beach. I’ve never been so shook. I hope they’re okay.”
An investigation into the crash has begun.