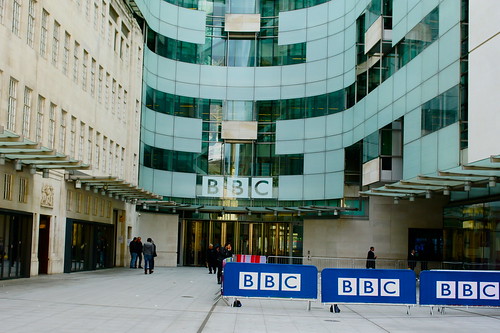 Tim Davie, the director-general of the BBC has announced today, Friday, March 4, that the corporation is ‘temporarily suspending’ all of its news operations in Russia. This move applies specifically to all of its journalists and support staff, and has been made as the result of a new censorship law passed by Russian legislators today.

“Our BBC News service in Russian will continue to operate from outside Russia”, said Mr Davie. “The safety of our staff is paramount, and we are not prepared to expose them to the risk of criminal prosecution simply for doing their jobs. I’d like to pay tribute to all of them, for their bravery, determination and professionalism”.

He continued, “We remain committed to making accurate, independent information available to audiences around the world, including the millions of Russians who use our news services. Our journalists in Ukraine and around the world will continue to report on the invasion of Ukraine”.

“It’s with a heavy heart that we have had to suspend @BBCNews operations in Russia until we assess the impact of new laws which outlaw independent journalism. Thoughts with colleagues in Moscow whose voices cannot be silenced for long”, added Jonathan Munro, the Director of BBC News.

“We are not pulling out @BBCNews journalists from Moscow, as some articles are suggesting. We cannot use their reporting for the time being but they remain valued members of our teams, and we hope to get them back on our output as soon as possible”, he concluded.

New legislation passed today by lawmakers in Moscow can see reporters put in prison for up to 15 years for reporting what the government calls ‘fake news’, or for reporting anything classed as negative about its military’s ‘special operation’ in Ukraine.

“This legislation appears to criminalise the process of independent journalism”, commented Mr Davie. “It leaves us no other option than to temporarily suspend the work of all BBC News journalists and their support staff within the Russian Federation while we assess the full implications of this unwelcome development”, as reported by metro.co.uk.