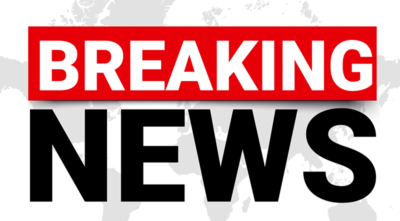 According to Reuters sources, Italian police seizes villas and yachts worth at least 140 million euros in an initial sweep of high-profile Russians placed on an EU sanctions list.

The four affected individuals are all on the EU sanctions list for their known support and close connection with and support of the Russian President, Vladimir Putin.

Police say that a villa owned by billionaire businessman Alisher Usmanov on the Mediterranean island of Sardinia, and a villa on Lake Como owned by state TV host Vladimir Soloviev, had both been seized in the raid on Saturday, 5th.

Other items seized include yachts belonging to Russia’s richest man, Alexey Mordashov, and Gennady Timchenko, who has close tied with Russian President Vladimir Putin, These were impounded overnight in the northern Italian port of Imperia.

Italy not unlike other Mediterranean countries, has been a source of Russian investment with oligarchs believed to have bought numerous villas in choice locations over the past 20 years.

The seizure of the assets are the first with many more expected in coming days as Western states implement massive sanctions to try to force Russia to withdraw from Ukraine.

Bank of Italy’s financial intelligence division instructed banks on Friday, March 4 to urgently let it know of all measures taken to freeze the assets of people and entities placed on the EU list

Uzbekistan-born metals and telecoms tycoon Usmanov is well known in Italy for owning multiple properties on Sardinia, while Italian media say Mordashov owned a villa worth some 66 million euros on the same island. His family is reputed to be worth 26,5 billion euros.

Timchenko made a fortune in oil trading and has been described by Putin as one of his closest associates.

Soloviev reportedly complained on Russian television when he found out last month that he risked losing his Italian villa saying: “Suddenly someone makes a decision that this journalist is now on the list of sanctions. And right away it affects your real estate. Wait a minute. But you told us that Europe has sacred property rights.”

This is one of the first known seizures in Europe as Italy seizes oligarchs’ villas and yachts, with many more countries to follow suit in the coming days and weeks.