Zelensky condemns NATO for not making Ukraine a no-fly zone 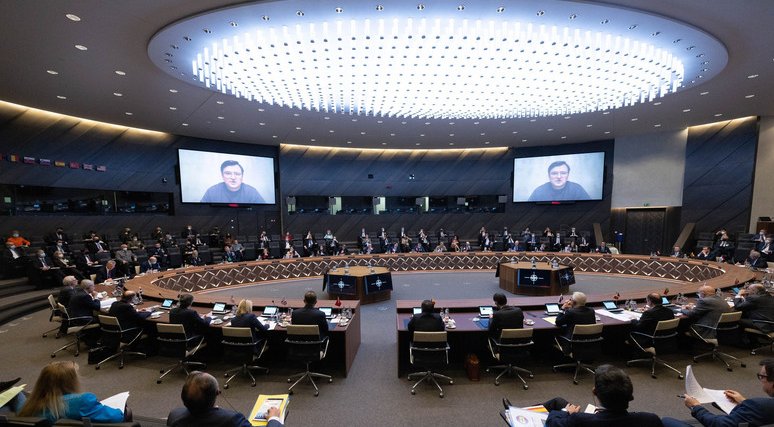 Ukrainian President Zelensky has criticised NATO for saying that it would not make Ukraine a no-fly zone.

On March 4, President Volodymyr Zelensky of Ukraine condemned NATO for refusing to make the country a no-fly zone.

Although NATO rejected Ukraine’s request for the no-fly zone to bring an end to Russia’s bombing, Western allies did warn Putin that there would be more sanctions if he did not put a stop to the war.

“Knowing that new strikes and casualties are inevitable, NATO deliberately decided not to close the sky over Ukraine,” said Zelensky in an official video shared by the presidency.

“We believe that the NATO countries themselves have created a narrative that the closing of the skies over Ukraine would provoke direct Russian aggression against NATO,” he went on to say.

NATO’s Secretary-General, Jens Stoltenberg, had said that they would not intervene as it could lead to an even larger conflict with Moscow.

“The only way to implement a no-fly zone is to send NATO fighter planes into Ukraine’s airspace, and then impose that no-fly zone by shooting down Russian planes,” said Stoltenberg.

“If we did that, we’ll end up with something that could end in a full-fledged war in Europe, involving many more countries and causing much more human suffering.”

“Today the leadership of the alliance gave the green light for further bombing of Ukrainian cities and villages, refusing to make a no-fly zone.”