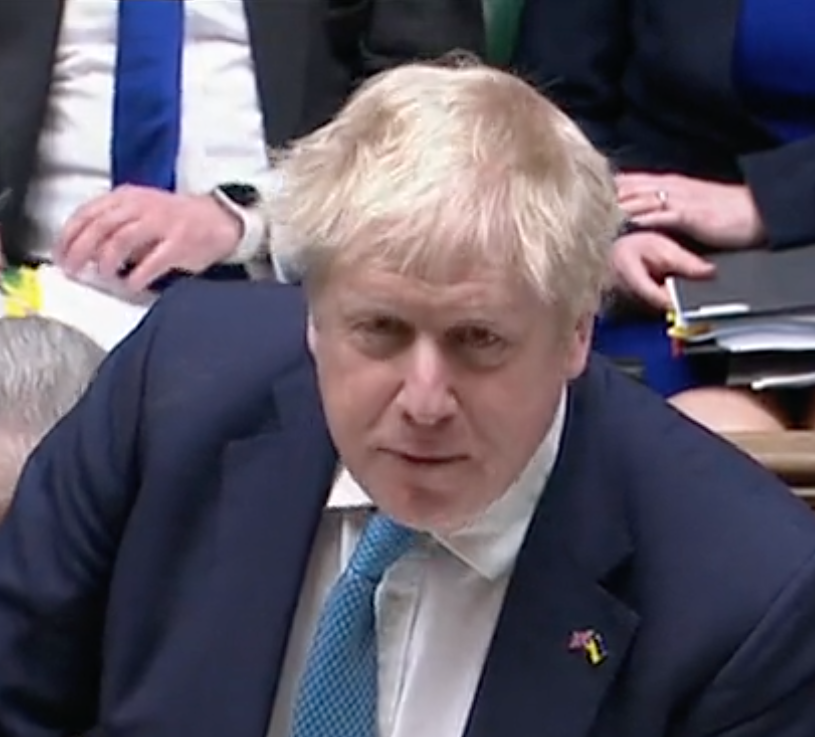 AS the war rages on in Ukraine, Boris Johnson once again faced questions at the Commons as part of the PMQs, and this week the UK Prime Minister came under fire for rising energy bills.

Leading the onslaught against the PM was his usual foe Sir Keir Starmer, head of the Labour Party, who pressed him on the government’s support for working families amid escalating household bills.

Currently, the UK government’s financial assistance pledge has been hit by criticism following the “bumper profits” earned by North Sea oil and gas companies and the pressure on families in the UK to pay their energy bills.

“It is a total mess,” Sir Keir said, calling for a Windfall Tax.

“The typical energy bill is going up by £700 (€838) next month and that’s because of pressures before Russia invaded Ukraine,” the Labour leader continued.

“The chancellor’s solution: a forced £200 (€240) loan for every household paid back in mandatory instalments over five years.

“The big gamble behind that policy was that energy costs would drop quickly after a short spike. That bet now looks certain to fail. When will the prime minister force the chancellor into a U-turn?”

In response, the PM promised that he will set out an Energy Independence Plan in the “course of the next few days”.

However, Boris was quick to shoot down any talks of a U-turn, stating: “I think a U-turn is the last thing people want.” He simply stated that a £20bn (€24bn) package of support to help families had been issued amid rising costs and “will continue to do more”.

The PM continued: “The chancellor has set out plans to help families with energy costs with unprecedented measures to abate council tax by £150 (€180) in addition to all the other schemes that we are putting forward.

“Yes, he’s absolutely right that we need to meet the long-term impacts of the spike in energy prices and that’s why I will be setting out an energy independence plan for this country in the course of the next few days to ensure that we undo some of the damage of previous decisions taken, not least by the Labour government not to invest in nuclear, and so that we prepare our people for the long term and its sustainable, cost-efficient energy supply.”

However, Labour leader Keir Starmer asked: “When will the PM… stop supporting policies that make us so dependent on foreign gas?”

Boris Johnson responded by stating that the government made a “massive investment” in renewable energy, making the UK “the Saudi Arabia of wind power”.

Reacting to the PM’s address, Shadow Chancellor of the Exchequer and Labour MP, Rachel Reeves said: “Yet again, the Prime Minister refuses to face the reality of the cost of living crisis, and back a one-off windfall tax on oil and gas producers. Labour’s plan using this would take £600 (€718) off people’s bills as inflation soars and families worry about rising costs.”