Series review: The pieces don’t quite fit with Toni Collette in Pieces of Her 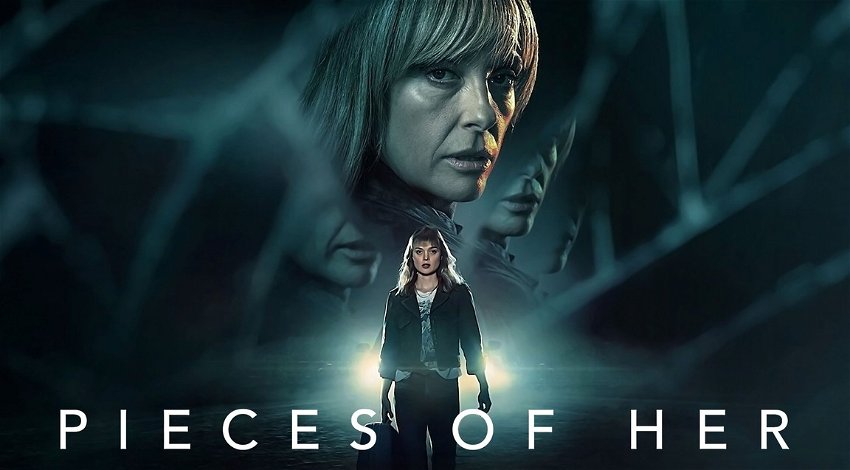 Series review: The pieces don't quit fit with Toni Collette in Pieces of Her. Image - Netflix

A woman searches for the truth about her family in the new Netflix series Pieces of Her.

New Netflix series Pieces of Her, starring the incredible Toni Collette (About A Boy) as Laura Oliver, has not received great reviews on Rotten Tomatoes – with a critic rating of 50 per cent and an audience rating of 39 per cent – and I have to agree that there were too few pieces of her to make up the final puzzle.

I was hooked on the eight-part series Pieces of Her during the first episode, which sees Laura and her daughter Andy Oliver, played by Bella Heathcote (The Neon Demon), involved in a mass shooting at a restaurant. Laura brutally slices the neck of the shooter to protect Andy, resulting in worldwide attention – something that could cost Laura and Andy their lives. But my interest began to fade with each episode.

Andy goes down the rabbit hole to find out where her mother learnt her impressive assassination skills and the real truth behind Laura’s incredibly wealthy family and her past – queue flashbacks and disjointed scenes that are synonymous with the genre of a mystery thriller. However, Pieces of Her holds back too much, ending up in the series being somewhat frustrating, with too much information being held back to feel like you have any idea of what is actually happening and why.

With so many twists and turns, that probably make more sense in the hit book by Karin Slaughter that the series is based on, by the time you start figuring out what is going on – which doesn’t happen until around episode five, it is difficult to stay interested in the narrative and the characters.

The brilliant acting carries this series (Toni Collette can do no wrong, in my opinion), and this isn’t a narrative that you can easily dip in and out of or watch casually because of the intricacies of the story. If you like mystery dramas and have spare time then it’s worth a watch, however, you may come away disappointed and feeling a bit flat.

You can stream Pieces of Her on Netflix now.