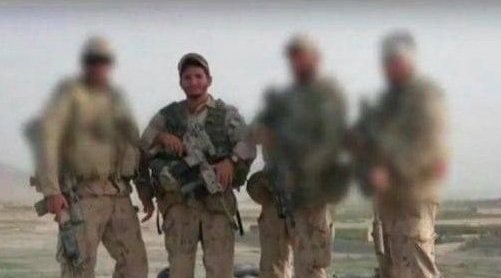 One of the deadliest snipers in the world allegedly dies in Ukraine. Credit: Twitter

One of the deadliest snipers in the world allegedly dies in Ukraine.

AFTER answering the call from Ukrainian President Volodymyr Zelenskyy, one of the world’s deadliest snipers, Willy Dobid, known as Wali, has reportedly died in Ukraine.

Reports from pro-Russia media have alleged that Wali was killed 20 minutes into battle in the Ukrainian city of Mariupol, however, there is no confirmation that he has been killed, as reported by Spanish news outlet España Diario.

Wali, a veteran of the Royal Canadian 22nd Regiment that participated in several missions in Syria, Afghanistan and Iraq, was considered one of the best snipers in the world and was working in Canada as a computer programmer before volunteering his elite services to the Ukrainian cause.

However, Ukrainian media has denied claims he has been killed and has accused Russia of waging a fake news campaign on social media, with claims that “false propaganda” is being pushed by “Russian bots”.

According to Ukrainian sources, “it is doubtful that he was killed, if not impossible”.

Media reports in Ukraine state that Wali “was not in Mariupol. He is operational and already has eleven confirmed casualties,” España Diario notes.

The sniper is believed to communicate regularly with the Daily Mail (Canada) and according to his last interview just a couple of days ago, he was hiding on top of a half-ruined building in the Ukrainian capital.

If these reports are true then that places the 40-year-old army veteran – who left his fiancée and baby son behind to take on the Russians in Ukraine – in Kyiv on Monday, March 14, although it is conceivable that he could have died over the past couple days.

Speaking to the Daily Mail before arriving in the war-torn country, Wali said: “I don’t like the idea of shooting anyone, but when the time comes to pull the trigger, I won’t hesitate.”

He told the media outlet that “if Putin wants Kyiv he will have to pay a very high price. Nobody wants the Russians here”. He also noted that the opponents “will lose so many lives that it will become another Stalingrad”.

Wali said that he hoped his young son would grow up understanding that his dad died fighting for something greater than a bloody battle for frozen territory on the eastern fringe of Europe.

“I would like him to be proud of me and to grow up believing in the same values that I’m fighting for,” he told DailyMail.com.

The news outlet said this was likely to be the last call with Wali before he switched off his phone.

Russian media ran a smear campaign against Dobid, claiming he was mentally unstable and went as far as calling him a racist.