Can the pound reach its 2022 highs against the euro again? 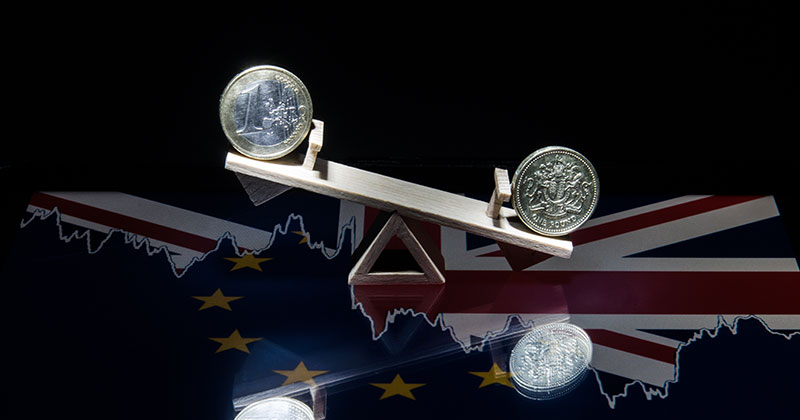 The British pound reached its strongest levels against the Euro on March 07 when markets reacted in panic to news that the Russian invasion of Ukraine had reached the Zaporizhzhia nuclear power plant.

The rise showed the significance the war in Ukraine is having for current trends in foreign exchange markets, and where the pound and euro move next could well depend on what happens in Eastern Europe.

Data shows the pound to euro exchange rate reached its highest level since 2016 at 1.2190 on the 7th of March when fears over the war were at a peak with Russian forces firing shots in the vicinity of Zaporizhzhia.

But the exchange rate has fallen since then as Russia and Ukraine engage in peace talks to try and find a solution to the crisis.

“This uptick in the single currency came amidst fresh hopes for Ukraine-Russia peace talks, although these gains remained capped amidst signs that the conflict continues to intensify,” says Philip McHugh, a foreign currency specialist at Currencies Direct.

For those looking to buy euros the question becomes whether the pound to euro exchange rate can recover to its 2022 highs?

Even as Ukraine and Russia continue to negotiate there is still no clear sign peace and an ending of the war will happen soon.

As long as the war continues it remains the case then the pound can remain supported near its existing levels for some time.

If the war gets hotter then the euro can fall again, maybe prompting a rise in the pound to euro exchange rate to 1.22.

But a peace deal that sends the message the war is approaching its end would be beneficial for the euro and potentially result in a more meaningful decline.

However those watching foreign currencies should be aware that central banks continue to play a decisive factor in where they are heading. 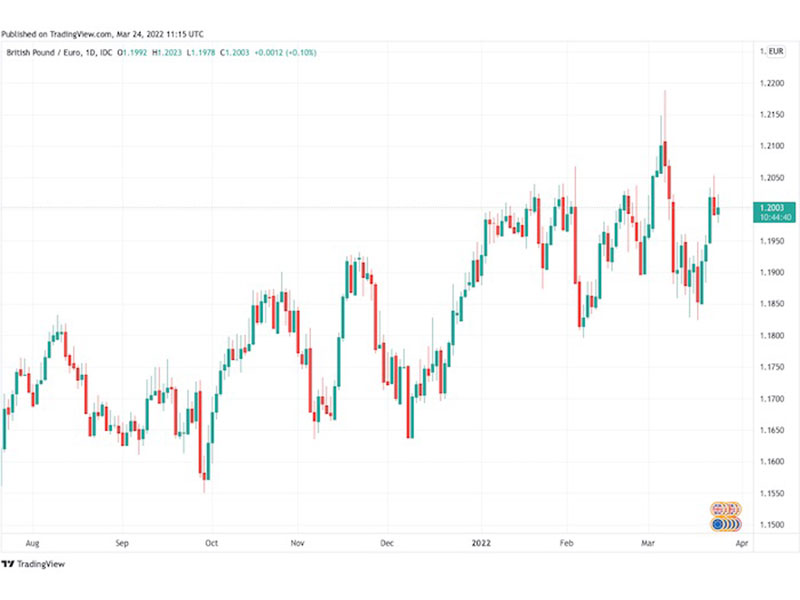 The Bank of England has afforded the pound a great deal of strength since it started raising interest rates again, with the first coming in December and the most recent on March the 17th.

Further rate rises are expected by economists as the UK battles the highest levels of inflation seen in thirty years.

More rate rises can offer the pound support against the euro which is held back by its own central bank which looks unwilling to raise interest rates, yet.

Investors are expecting an interest rate rise from the European Central Bank to come towards the end of 2022.

If this happens the euro might find itself better support, denying the pound the ability to rise further.

There are also concerns the UK’s cost of living crisis might give the Bank of England a reason to stop raising interest rates, fearing that rate rises risk pushing the economy into a recession.

At the Spring Statement on Wednesday, March the 23rd, Chancellor Rishi Sunak was unwilling to offer any major giveaways to help households struggling under the weighing of surging inflation.

“Applying additional pressure on Sterling was the Office for Budget Responsibility’s (OBR) growth forecast which accompanied Rishi Sunak’s Spring Statement, as it now expects the UK economy to grow 3.8% this year, versus the 6% it previously forecast in October,” says McHugh.

There are a number of moving parts for those watching the pound and euro to consider which makes timing in the market difficult.

But by keeping an eye on some basic themes will allow you the ability to understand where the bigger issues at play and make informed decisions accordingly.