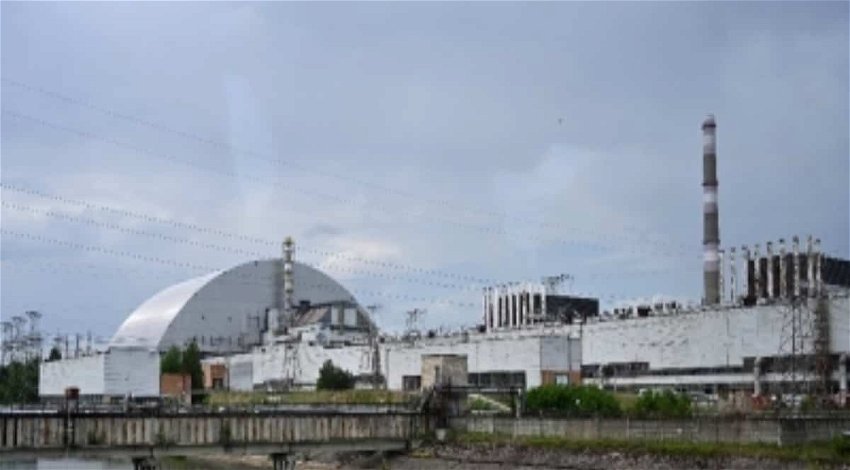 Russian forces attack Ukrainian checkpoints in Slavutych, home to many of workers at the Chernobyl Nuclear Power Plant.

ACCORDING to the UN nuclear watchdog, the International Atomic Energy Agency (IAEA), Russian forces have continued attacks near the Chernobyl Nuclear Power Plant, with Ukrainian checkpoints in the city Slavutych, which house most of the plant’s workers and their families, under constant Russian artillery fire.

“Russian troops fired on Ukrainian checkpoints in the city of Slavutych, home to many people working at the neighbouring Chernobyl Nuclear Power Plant. This endangers the lives of people at risk and prevents further replacement of staff,” an IAEA statement read on Thursday, March 24.

The IAEA said the shelling was endangering “the homes and families of operational personnel that ensure the nuclear and radiation safety” of the plant, as reported by the Independent.

According to the International Atomic Energy Agency, workers at the plant were forced to work for four weeks, as rotating was not possible.

However, the Verkhovna Rada, the unicameral parliament of Ukraine, noted on Thursday, March 24 that 46 volunteers of the station went to replace the evacuated personnel of the Chernobyl NPP on March 20 so they could perform their duties and to ensure the plant functioned properly.

“Our workers returned to their families on the evening of March 20. They are exhausted by such an incredibly long change – instead of 12 hours, they worked more than 600. It is a truly heroic act – to perform their duties continuously and unmistakably during such a long period. I am proud of them!” said the Acting Director-General of Chernobyl, Valery Seida.

“I would also like to express my gratitude and respect to the Chernobyl staff who went to the station to replace our boys and girls! Such an act requires a lot of courage and dedication to their work.”

Chernobyl Nuclear Power Plant was the scene of one of the worst nuclear disasters in history, which occurred on April 26, 1986.

However, the site has been opened to the public since 2011 for day trips, although the land is not expected to be habitable for another 20 thousand years.

Now, several people working at Chernobyl, which came under attack by Russian troops on February 24, live in the city of Slavutych, which is located outside the Exclusion Zone.

The battle for Chernobyl has been a prominent fixture during the war in Ukraine.

On March 24, seven fires remained burning within the exclusion zone around the nuclear power plant.

Earlier, on March 9, the nuclear power plant was temporarily without power because a high-voltage line in Kyiv was disconnected due to fighting between Russian troops and Ukrainian forces – meaning the Chernobyl station and all nuclear facilities in the Exclusion Zone were without electricity.

It was later reported that due to that loss of power, the country could have been only 48 hours away from a serious radiation leak.

However, a ceasefire was called to allow the repair of power lines to the Chernobyl Nuclear Power Plant on March 10.

Since then, the plant has reportedly remained under Russian control.